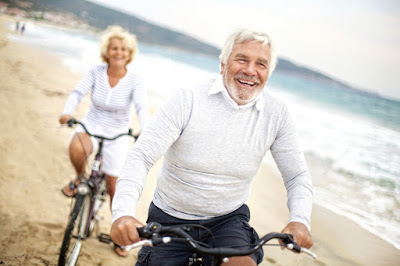 Sally Abrahms is a freelance writer on baby boomers and aging.

There are 75.4 million baby boomers in the United States, people from 51 to 69 years old. They are the largest generation in American history, raised during the economic prosperity that followed World War II. Media and marketers have treated the generation as one enormous, monolithic group since their youth. But larger than the entire population of France, America’s baby boomers are a far more diverse demographic than any of their many stereotypes convey. The oldest boomer, born in 1946, was 18 years old when the youngest was just entering the world. It’s time to debunk some generalizations about the original Me Generation.

Rather than downsizing, many empty nesters are snapping up second homes or moving into bigger quarters, seeking more prestige and space for friends and relatives to visit. For instance, the Lake Weir Preserve retirement community in central Florida offers custom homes with garages as huge as 3,000 square feet, to fit RVs, boats and classic-car collections. Increasingly, “retirement isn’t all about being practical,” Ken Dychtwald, founder and chief executive of the consulting firm Age Wave, told U.S. News & World Report this year.

Such stories of big spending have dominated popular perceptions of boomers in their later years.

But many boomers couldn’t be further from living that dream. While some benefit from multiple income streams, members of this sandwich generation often are saddled simultaneously with their children’s eye-popping college tuition payments and health expenses for their aging parents. Some have to leave their jobs to be full-time caregivers. A 2013 AARP study found that about 1 in 5 workers between ages 45 and 74 had either taken leave or quit a job to care for an adult family member in the past five years. That amounted to an average $303,880 in lost income (including pension and Social Security benefits) per caregiver, according to a MetLife estimate.

On top of that, there’s a mounting number of “gray divorce” couples who, in their 50s and 60s, suddenly have to divide assets they had counted on. Given boomers’ longer life expectancy, that translates into a lot more bills for many more years.

Savings aren’t helping them much. A Wells Fargo study released last month shows that working Americans age 60 or older have median savings of just $50,000, about $250,000 short of their goal. And plans to keep their jobs longer might not work. In the same study, 49 percent of retired respondents said they left the workforce earlier than expected, frequently because of health problems or an employer’s decision.

Boomers know that their financial situation is more precarious than others think. “When I talk to audiences around the country, I hear this palpable fear that boomers will outlive their money,” says personal finance expert Kerry Hannon, author of “Getting the Job You Want After 50.”

2. Boomers are healthier than their parents.

Baby boomers have the longest life expectancy in history. The average 65-year-old today can expect to live to 84.3 — nearly three years longer than a 65-year-old in 1980. New tests to screen for health issues, along with greater public awareness about the dangers of smoking, sitting and obesity, give boomers health advantages that their parents never had. Statins to lower cholesterol and reduce the risk of heart disease weren’t even introduced until 1987. Boomers are tracking their fitness, tallying their steps and counting their calories. It’s natural to assume they are healthier than the previous generation.

But the data doesn’t agree. “We have all these medical advances, fitness and technology. There’s this belief that with so many more tools available that boomers have to be doing better, but it’s a misperception,” says Cedric Bryant, chief science officer for the American Council on Exercise.

Research published in the Journal of the American Medical Association in 2013 showed that boomers were in worse health than their parents at about the same age. They had more disabilities and higher rates of chronic diseases. Just 13 percent of the studied boomers said they were in excellent health, compared with 32 percent of people from the previous generation. Boomers were more likely to be obese, exercised less, and had higher rates of hypertension and high cholesterol.

If you want to see how unpopular the cohort unfortunately nicknamed the Me Generation has become, just Google “baby boomers selfish.” My search returned 147,000 results, including headlines declaring them “The Worst Generation Ever.” Detractors complain that boomers stay too long at their jobs and in their homes, not making room for the next generation, spending their children’s inheritances and running up debt.

Elsewhere in this issue, Jim Tankersley writes, “the generation that was born into some of the strongest job growth in the history of America, gobbled up the best parts, and left its children and grandchildren with some bones to pick through and a big bill to pay.”

Not so fast. Boomers have been far more generous with their money than they’re given credit for, a benevolence that will continue after their deaths. The generation is poised to lead the largest wealth transfer in U.S. history. Researchers at Boston College’s Center on Wealth and Philanthropy estimated that between 2007 and 2061, heirs will receive $36 trillion from deceased relatives, and $20.6 trillion will be given to charity. A new Merrill Lynch report credits boomers for an upcoming surge in charitable giving: Over the next 20 years, retirees will donate money and time worth $8 trillion. (Continue Reading)