Elder Abuse Rules In The Works For Investment Industry 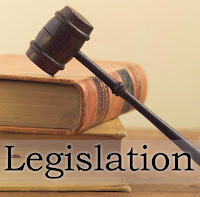 Several proposed new laws and regulations would require investment firms and advisors to report on, and prevent, the abuse of seniors.

The proposals, designed to address a growing number of financial-exploitation cases, would make it easier for the industry to report abuse and delay disbursement of funds in such cases.

“There’s a risk of being sued by the account holder … particularly if [a firm’s] suspicions about abuse don’t pan out,” said Judith Shaw, Maine securities administrator and president of the North American Securities Administrators Association (NASAA).

A model state law, developed by NASAA, would allow a 10-day hold on disbursements when firms and individual advisors reasonably believe financial exploitation of an investor 60 years of age or older is taking place.

Additionally, government agencies would gain broader access to firms’ records in such cases.

Even when they report cases, many financial institutions currently will not provide financial records to protective-service authorities, said Kathleen Quinn, executive director of the National Adult Protective Association, which supports the model law.

“They say it’s because of federal privacy laws,” Quinn said.

Importantly, the model act would also require reporting by advisors and firms to authorities when they see cases of suspected abuse—an idea the securities industry opposes.

In a related action, Finra last month asked for comment on a proposed new rule that would permit supervisors and compliance people to put temporary 15-day holds on disbursements from accounts owned by people age 65 and older (or otherwise impaired) when financial exploitation is suspected.

Comments on the Finra proposal, Regulatory Notice 15-37, are due November 30.

The Finra plan would allow “enough time to do an investigation, get into court, and really protect” the investor, said Wendy Cappelletto, supervising attorney in the office of the public guardian for Cook County, Ill.

On the Congressional front, senators Susan Collins (R-Maine) and Claire McCaskill (D-Mo.), introduced a bill in October that would provide immunity from federal privacy violations for financial institutions and advisors who report suspected abuse to regulators or adult protective services agencies.  (Continue Reading)

The investment industry scares me. They're starting to act like guardians. I know it's a fine line, but their job is to invest, not to police.

you are saying almost the exact wording someone said to me today ! The person remarked that There are so many entities getting power over the citizens. Why is this allowed? Strange.