Crimes against the elderly a growing Kentucky concern 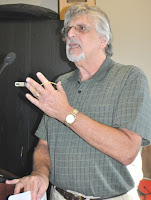 In state fiscal year 2015, Adult Protective Services investigated nearly 46,000 reports of abuse, neglect and financial exploitation in Kentucky. Yet, despite the fact that a growing number of elderly are increasingly vulnerable to a broad range of exploitation and abuse, knowing just how many and who they are, is often quite difficult to identify.

According to a report by the U.S. Department of Justice Community Oriented Policing Services, there are a number of reasons why it is hard to measure how widespread the problem is. One initial — and unresolved — issue is how best to define “elderly.” While age 65 and above is commonly used, this definition varies across studies, state laws, and service providers such as Adult Protective Services. Another concern is that a single category of “elderly” is too broad no matter what age demarcation is used.

Kentucky does not have an “elder abuse” law, rather the law provides for protection of adults age 18 and over “who because of a mental or physical dysfunction cannot carry out the activities of daily living or protect themselves from others who may abuse, neglect, or exploit them.” According to Steven Fisher, Branch Manager of Adult Protection Services in Frankfort, “The vulnerability of the alleged victim is a paramount consideration in screening and determining who is eligible for APS investigation.”

In states where non-fatal crimes involving elderly victims have been recorded, the data shows that victimization of older adults span all types of crime. However, according to a National Criminal Victimization Survey (NCVS), older adults overall have the lowest reported victimization rates in comparison to other age groups, despite the fact that, “isolation, reliance on caregivers, and decreased physical or mental capacity can increase older people’s exposure to physical and mental abuse.”

The survey further points out that older adults — especially those on the brink of retirement or otherwise viewed as having resources to exploit — may also be targeted for these crimes.

There is widespread agreement that fraud in general is dramatically underreported. A 2015 True Link Report on Elder Finance Abuse revealed that seniors lose over $36 billion each year to elder financial abuse — more than twelve times what was previously reported.

That’s one reason why Kentucky Attorney General Andy Beshear joined with Kroger, AARP and more than 25 other partner organizations in the state to recently launch Scam Alerts — a text messaging service that notifies consumers when con artist are on the attack. However, it’s not just seniors who stand to benefit. In the past four months, Beshear has notified Kentuckians of a student loan debt relief scam, the Publishers Clearing House Sweepstakes scam, a scam targeting victims of financial fraud, IRS and federal warrant scams and a labor law poster scam targeting small-business owners. Kentuckians can sign up for Scam Alerts by texting KYOAG Scam to GOV311 or enroll online at www.ag.ky.gov/scams .

According to the Better Business Bureau Top Ten Scams of 2015, tax scams were by far number one, more than the next three categories (debt collections; sweepstakes/prizes/gifts; and tech support) combined. “Scammers are all basically imposters,” noted Mary E. Power, president and CEO of the Council of Better Business Bureaus, the umbrella organization for 113 local independent BBB’s across the United States, Canada, and Mexico. “Three of the top four scams reported to us are those that scare people with threats of arrest, lawsuits, or other frightening actions. Scammers are pretending to be government agents, lawyers, debt collectors, police officers. They engage directly with you.” Her best advice for avoiding a scam, “stop engaging.” “Hang up the phone, delete the e-mail, shut the door.”

There is a science to scams that many experts would agree, rely on one of three basic approaches. The scammer establishes a connection by building a rapport and a relationship with the victim. The scammer shows source credibility by pretending to be from a trusted business or government agency; or the scammer plays on your emotions to get you to make a quick decision before you have time to think about it.

Yet despite what we know, national research estimates report that as few as 1 in 25 exploitation cases are ever brought to the attention of APS and other authorities. What may be even more alarming is the research indicating that adult children and relatives make up just over 50 percent of perpetrators of all types of maltreatment including exploitation. According to Adult Protection Services, “when we think of adult maltreatment or abuse, neglect, and exploitation of the elderly and disabled, we need to consider the persons that have access, who may be in a position to foster dependence, isolate, control or manipulate the adult and their environment. Most often these are familial relationships that again are largely undetected and under-reported.”

Elder abuse is often a silent crime. Most of us never see it because most victims are abused behind closed doors. And, too often, people who do see it choose not to get involved because it’s “none of my business.” Since Kentucky is a mandatory reporting state (Reference KRS 209.030), the law says it is our business. If you suspect elder abuse, you are legally required to report it. Calls can be made anonymously at the 24 hour toll free hotline 1-800-752-6200.

Email ThisBlogThis!Share to TwitterShare to FacebookShare to Pinterest
Labels: crimes against elderly, Kentucky