Man Arrested on Charges of Stealing House From Senior Citizen 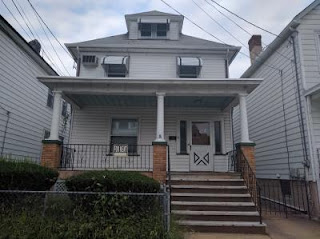 NEW BRUNSWICK, NJ—A 52-year-old plumber, and relative to several prominent private landlords in New Brunswick, has been arrested on theft charges, but what he allegedly stole might surprise you.

On August 5, the Middlesex County Prosecutor's Office (MCPO) announced that Fady Chedid had been charged with the theft of a century-old house in the Sixth Ward of New Brunswick.

Chedid faces two counts of theft and spent four nights in county jail, with a $50,000 bail.

New Brunswick Today has learned that the property located at 11 Hartwell Street was also the location where Chedid was arrested at 6am that morning by the MCPO.

According to property records, the 2-family home and the land that it sits on it are valued at $127,300.

Sources and property records identified the victim as Julia H. Ribar, a widow who was responsible for the home following the death of its prior owner, Elizabeth Horvath.

It marks one of the first big cases of alleged elder abuse brought by Prosecutor Andrew Carey since the MCPO announced it had formed a new Elderly Abuse & Exploitation Team in April.

"We all know it's an issue and we all have grandparents that are subject to exploitation. Unfortunately the elderly are seen as easy targets by certain populations," Carey told MyCentralJersey.com.

According to the report, the new unit consists of "an in-house unit of detectives, assistant prosecutors, support staff and Agent Andrea Boulton, who formerly served as planner for the Middlesex County Department of Aging and Disabled Services, and has many contacts with senior organizations, senior center directors and grantees in the county."

Boulton did not respond to multiple inquiries about this case.  NBToday obtained the MCPO press statement despite the agency removing all of our reporters from their media list.

Prosecutors allege that Chedid financially exploited an unidentified "senior citizen" by persuading her to give him the home in the heart of the renter-dominated neighborhood near Rutgers.

"Chedid convinced the senior citizen to sign over the title to her home and then withdrew several thousands of dollars from her checking account by writing checks in various amounts between September 4, 2013 and June 2014," read the official statement from the MCPO. (Click to continue)