Richmond real estate lawyer may be unable to repay clients 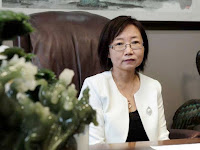 In new court documents Richmond real estate lawyer Hong Guo claims she has “insolvency concerns” and that a trust fund shortage from her firm’s accounts affects more clients than she has previously identified.

Previously, it was reported that a number of Chinese investors and B.C. real estate professionals are suing Guo, alleging $2.1 million in losses, after Guo says more than $7.5 million was stolen from her trust account in early 2016. The trust fund shortage affected property transactions and left a number of Chinese investors unable to pay tax bills on Canadian real estate transactions, legal filings say.

But, according to Guo’s latest court filing, “the extent of the trust shortage is still not known with certainty.”

“I cannot state with total certainty that my assets and those of Guo Law Corporation are sufficient to make whole all of the approximately 99 clients affected by the theft of funds,” Guo’s Dec. 28 affidavit says. “The extent of the liability from filed or potential actions is unknown and growing.”

In a recent interview, Guo said that her law firm completes about $700 million in real estate transactions a year, and she owns enough assets to pay back anyone claiming losses against her and her firm in the case.

The B.C. Law Society has taken custodianship of part of Guo’s practice and has imposed trust fund conditions, including that Guo can’t make payments to clients affected by the shortage except through the society’s custodian.

Letters filed in court from the manager of custodianship, Michael Rhodes, show he rejected Guo’s Dec. 16 client repayment plan and pointed to potential breaches of the conditions that Guo is under.

A Nov. 29 letter from Guo’s office to Rhodes discloses that Nai Zhang, a client in China who is owed about $1.69 million and has not apparently filed court actions against Guo in B.C., contacted Guo via WeChat and said that she wanted to be excluded from the Law Society custodianship and to be repaid interest on her principal until the debt was paid off, “and Ms. Guo essentially agreed.”

“From what you say … Ms. Guo has agreed to pay interest to Ms. Zhang in priority to all of the other CIBC (trust fund) clients,” Rhodes replied. “In my opinion, to the extent Ms. Guo has made such payments, she is in breach of the order.”

In a Dec. 21 letter, Rhodes states that Guo doesn’t have the power to sell her assets as proposed in her repayment plan. For example, Rhodes says, Guo says she owns 35 per cent of the shares of a company with interests in “Surrey Development Properties” but “her shares are subject to a beneficial interest of her sister.”

This is typical. Once the money is stolen, it's spent - on gambling, drugs, prostitutes, material things or whatever. Very sad.