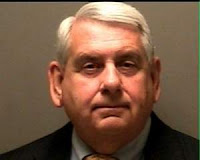 Metro Nashville has agreed to pay $10,000 to settle a suit filed in behalf of a ward whose assets were depleted by $157,850 thanks to a court appointed conservator now serving an 18 year jail sentence.

The suit in behalf of Donald E. Griggs charged that if the Metro Probate Clerk's Office had done its job of monitoring Griggs' conservatorship, John E. Clemmons would not have been able to steal the $157,850.

Clemmons had failed to file required annual reports, but the clerk took no action. March 2012 was the date when the first missed annual report was due.

Clemmons, 69, entered guilty pleas to charges that he stole over $1 million from estates and conservatorships in Davidson and Rutherford counties.

Paul Gontarek, who was appointed to replace Clemmons as Griggs conservatorship said that the settlement was the best course based on recent rulings in the case.

"Given the earlier court ruling, it did not make financial sense to pursue the claim against Metro," Gontarek said when asked about the settlement.

In agreeing to the settlement, Metro attorneys wrote that "the payment is not an expression or implied admission of responsibility on the part of Metro government and that the Metro government specifically denies all such claims for damages against it."

Senior Judge Ben H. Cantrell ruled that the probate clerk could be held liable for failing to monitor Griggs case but he also concluded that Griggs could only recover amounts stolen by Clemmons after March of 2012.

"Any losses that occurred prior to that date cannot be attributed to the fault of the clerk's office," Cantrell wrote.

Cantrell also ruled against another claim filed by Gontarek in behalf of another ward on different grounds. In the case of William Link, Cantrell concluded that a statute of limitations barred any recovery.

Clemmons admitted to stealing some $500,000 of Link's assets. Clemmons had served as both a conservator and estate administrator for Link and his disabled daughter.

Gontarek is appealing the Link ruling.

It's not the clerk's job to monitor. It's the judge's job.

John Clemmons again. I thought we were through with him, but I bet his crimes (and hopefully his partners in crime) are still being investigated.

Let's tell it as it is, if Clemmons had filed the reports, the clerk would have noted that the reports were received, but as Sheila said, it's not the clerk's job to review and audit those reports. I would guess Clemmons didn't file any reports. And guess who knew that? The judges. Blaming the clerk as the sacrificial lamb is not accurate, but I think this approach was taken because the real culprit, the judge, is immune.