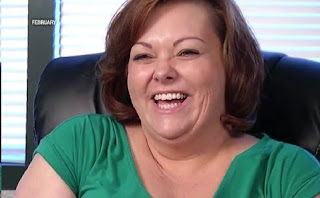 Today, the Grand Jury returned an indictment against April Parks, Mark Simmons, Gary Neal Taylor and Noel Palmer Simpson in a guardianship exploitation case that has been the focus of an ongoing investigation for activities ranging from 2011 through 2016.

The 123 page indictment explains how April Parks, owner of A Private Professional Guardian, LLC, her office manager, Mark Simmons, her husband, Gary Neal Taylor and her attorney, Noel Palmer Simpson, committed the crimes for which they were indicted. Those crimes include Racketeering (category B felony), Exploitation of an Older or Vulnerable Person (category B felony), Theft (category B and C felonies), Offering False Instrument for Filing or Record (category C felony) and Perjury (category D felony).

Although there were legitimate guardianship activities happening at the company, Parks and Simmons engaged in a pattern of conduct which was illegal and exploitive to the vulnerable people she was charged to protect. The indictment alleges that A Private Professional Guardian, LLC was run as a criminal enterprise, with the goal of maximizing profits at the expense of people they were charged with caring for, disregarding their duties to their wards and to the court.

The investigation, which was a cooperative effort between the Clark County District Attorney’s Office, the Nevada Attorney General’s Office and the Las Vegas Metropolitan Police Department has culminated in a multi-defendant indictment which includes a total of 270 counts on seven different felony charges.

Judge Jennifer Togliatti issued “no bail” arrest warrants for Ms. Parks and Mr. Simmons. The judge also issued an arrest warrant with a $200,000 bail amount for Mr. Taylor. A bail amount of $7,500 cash, or a surety bond, was set for Ms. Simpson, who was in court today, and she is scheduled to appear in court at a future date.

“Guardians are appointed to protect and serve their wards, who are some of the most vulnerable members of our community. They are entrusted with every aspect of that person’s life, including their health and finances,” said Clark County District Attorney Steve Wolfson. “These defendants were affiliated with a private guardianship business, not the Clark County Public Guardian’s office. This business was compensated for their services. These defendants took advantage of helpless individuals who did not have the ability to defend themselves. Today, with this indictment, we are moving toward holding these people accountable for their crimes and seeking justice for the victims.”

“I am proud of my investigators and prosecutors for helping deliver the most significant guardianship exploitation indictment in Nevada’s history,” said Attorney General Adam Laxalt. “Working alongside Sheriff Lombardo and D.A. Wolfson, the Attorney General’s Office presented, and the Grand Jury returned, an indictment of four co-defendants in a 270 count case for exploiting approximately 150 victims out of hundreds of thousands of dollars. This is an example of law enforcement collaborating on a trending public safety issue in our Las Vegas valley by aggressively combating guardianship exploitation. This indictment should send a message to court-appointed guardians throughout the state that law enforcement is committed to aggressively protecting our elderly and vulnerable populations.”

“These suspects used a position of trust and authority to prey on disabled and elderly people and systemically bilk them out of their life savings,” said Clark County Sheriff Joe Lombardo. “The victims were vulnerable and unsuspecting and deserve our protection. Today’s indictment speaks for those victims who are already suffering.”