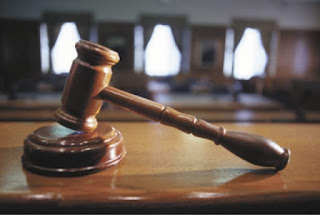 About 140 judges and magistrates from around Ohio are in the Mahoning Valley for the four-day annual conference of the state’s probate, domestic relations and juvenile court judges.

The event, based at the Avalon Inn, began Monday with a 41/2-hour program for probate judges and magistrates concerning the probate court’s role in combating financial exploitation of elderly people.

“We’re starting to see more and more in the abuse area, people taking advantage of power of attorneys of the elderly, and scams from flim-flam artists,” as the population ages, said Mahoning County Probate Judge Robert Rusu.

“Just that Social Security check – a little bit of money on a monthly basis – is enough for a family member to be tempted to take advantage of them,” Dr. Factora said.

Physically frail and mentally- impaired elderly people have an elevated risk of being financially exploited because they’re dependent on other people to care for them and manage their affairs, he said.

“It’s a good way to get education and a good way to affiliate with your other judges and swap ideas,” Judge Spees said of the gathering.

Judge Spees, who has held his combined judgeship since 1993, is a graduate of Canfield High School, Youngstown State University and the Ohio Northern University School of Law.

The conference “brings together colleagues from across the state, who will work together to improve the judicial system,” said Mahoning County Juvenile Court Judge Theresa Dellick.

“The Mahoning and Trumbull County specialty judges have been planning for the event since last August and are honored to host this year’s conference,” Judge Dellick added.

“It’s for [continuing] education and for networking,” among judges and magistrates, Mahoning County Domestic Relations Judge Beth A. Smith said of the gathering.

Today, the judges and magistrates will get legislative and case law updates and discuss confidentiality, sealing records and access to records, best practices for jury trials, dealing with the media and use of language interpreters in court.

This evening will feature a tour of Mill Creek Park’s Fellows Riverside Gardens and a reception and dinner there with Jim Tressel, Youngstown State University’s president as the guest speaker.

Wednesday’s topics will include avoiding common pitfalls of social media, alternatives to juvenile detention and handling special needs litigants in the courtroom, followed by the annual banquet at the Avalon Inn featuring Chief Justice Maureen O’Connor of the Ohio Supreme Court as the guest speaker.

They don't even acknowledge the theft of estates from guardians.