He’d been in charge of calculating the Eighth Day Faith Community’s budget for years, but this time was different. Alzheimer’s had warped the formerly familiar task to the point of unrecognizability.

The spreadsheet formula was David’s brain-child, so the process should have taken him half-an hour—a straightforward case of plug and chug. Knowing that his analytical mind was being affected by his disease, David gave himself an hour-and-a-half cushion to complete the task, just in case. 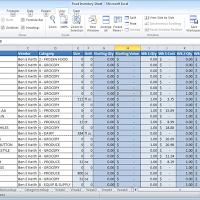 Five hours later, he was still at it, writing down individual steps on scrap paper in a futile attempt to remember simple calculations—total income equals past income plus future income.

David eventually finished the assignment and was relatively confident with the accuracy of the resulting figure.

He would later discover that he had overestimated the church’s revenue by $24,000—a sum that was nearly 15 percent of their total budget for the year.

The community was understanding of David’s mistake. He had previously informed them of his diagnosis and the possible impact it could have on his ability to participate in various roles within the church.

It would be inconvenient, but they would adjust.

David’s adjustment would be slightly different (and more difficult) than that of his peers. He would have to give up doing the books for Eighth Day—just one more entry on the ever-growing list of losses he would endure due to Alzheimer’s.

Rick was in a state of panic—Phyllis June had been gone for way too long.

They had been standing in the line at the deli counter of the local Walmart when his wife said she needed to go grab the dishwasher soap she’d forgotten to pick up in another part of the store.

She told Rick that the errand would take a matter of minutes, but surely it had been much longer than that.

Had something happened to her?

Was she in trouble?

Could she be hurt?

How would he help her—he didn’t even know where she’d gone?

Rick was still rooted to the spot, debating what he should do, when Phyllis June’s familiar face finally rounded the corner of the aisle. A warm, tingly feeling of relief washed over Rick as he beheld his wife.

Once she was within talking distance, he asked if she’d gotten the soap—and what had taken her so darn long to find it.

Puzzled by his question, Phyllis June glanced down at her watch—it had been less than three minutes since she’d left Rick.

A wave of gift boxes nearly knocked Michele off her feet as she opened the hall closet. 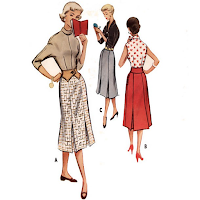 For a few seconds she stood helpless, buffeted about by dozens of small, sharp-edged cartons. When the last box finally thunked into place, the foyer resembled a scene out of a made-for-television holiday movie—Michele standing amid a haphazard pile of festive parcels, a humanoid Christmas tree, wearing a bemused smile.

She bent down and fished a slim, rectangular box from the top of the heap. Inside was a necklace, classic and elegant, the perfect pairing for that timeless staple of every woman’s closet, the “little black dress.”

The necklace wasn’t Michele’s; it was Jean’s. Indeed, all of the boxes that had rained down on Michele moments before, belonged to her mother. Ever the fashionista, Jean had developed a penchant for shopping on QVC once her cognitive impairment progressed to the point where she could no longer go out and scour the stores herself.

Despite Michele’s constant warnings and requests for her to stop, Jean refused to listen. She continued to buy things, keeping her purchases hidden from her daughter by having them delivered to the house while Michele was at work.

For Michele, it’s a memory both frustrating and fond.

Jean’s behavior eventually reached the point of obsession and she ended up doing some serious damage to her finances, which her daughter had to work hard to remedy.

But each morning, when Michele went to retrieve the clothes she’d laid out for work the night before, a perfectly matching accessory would be laying on top, courtesy of a mother who always wanted to make sure her daughter was properly outfitted.  (Click to Continue)

Email ThisBlogThis!Share to TwitterShare to FacebookShare to Pinterest
Labels: Alzheimer's, Fade to Blank