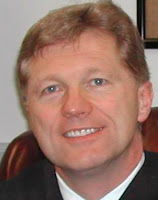 PORTLAND, Maine (AP) — The suspension of a former York County probate judge's law license for two years for ethics violations will go into effect on Oct. 1.

The court cited a series of ethical lapses and breaches of judicial conduct. Among other things, he was accused of having a sexual relationship with a client and trying to ban several lawyers from getting court-appointed work because of a personal vendetta.

The court Nadeau was unable to show he was treated more harshly than others having identified no other Maine lawyer "with a history of professional misconduct violations as extensive as his own."
Nadeau declined comment Friday afternoon.

This is an example of a bad judge making them all look bad.