The System Of Court-Appointed Guardians Continues To Fail The Elderly 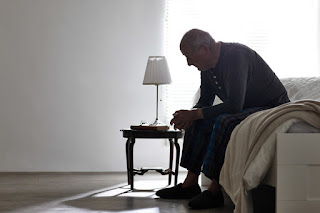 If you are elderly and haven’t legally arranged for someone to take care of things for you should you become incapacitated, a state court can give a total stranger complete control over your life savings, your home and even which medicines you are given. It’s a system that has led to a cottage industry of paid professional guardians managing the affairs of our elderly ― a role traditionally performed by a spouse, adult children or other close relatives or friends. And sadly it has often been abused.

The practice of a state court appointing a legal guardian to take over the financial and care-giving decisions for someone whose cognitive abilities have waned is a well-intention idea, but, as a recent New Yorker story illustrated, the result can be devastating. Case after case has come to light of elderly people being ripped off in what critics have called a “con game” that has led to “a silent epidemic of elder abuse.”

And the prognosis isn’t pretty. Despite investigative journalism, lobbying by multiple elder-care groups and even celebrity attention to the problem, little has changed to rid the guardianship process of its flaws. It’s a situation likely to worsen as baby boomers age, essentially presenting a greater pool of opportunities for unscrupulous guardians.

Pamela B. Teaster, director of the Center for Gerontology at Virginia Tech, told HuffPost that the current guardianship system needs better oversight ― and that the examples of abuse we see are likely just a fraction of what goes on. Multiple elderly advocacy platforms, including the National Council on Aging, agree that elder fraud and abuse are greatly under-reported.

“In most states around the country, it is easier to qualify as a guardian than it is to become a hairdresser,” Teaster told HuffPost. On top of that, “there are no sanctions when they serve poorly.”

Excluding the family member guardians, the ratio of protected person to guardian is way too high, she told HuffPost. She said Virginia has a guardian-to-ward ratio of 1 to 20. In Florida, it’s a 1-to-40 ratio, and the state is working to lower it to 1:20. But in a recent abuse case featured in The New Yorker, one Nevada guardian oversaw the care of about 400 wards. “Ridiculous by any stretch of the imagination,” Teaster told HuffPost.

She called the current guardianship system “a morass, a total mess.”

The powers given to guardians are often vast ― the ability to sell a person’s home and personal property, to enter into contracts on their behalf, to clear all medical treatments ― and yet there are no data on the outcomes of these arrangements or even how many of them there are, Teaster said.

State laws vary, and in most places the court records are sealed. A Government Accountability Office report noted that background checks and training for guardians vary by state. The GAO also noted that it couldn’t locate “a single website, federal agency, state or local entity, or any other organization that compiles comprehensive information on this issue.”

“It is unconscionable that we don’t have any data,” Teaster said, “when you think about the vast power given to a guardian. It is one of society’s most drastic interventions.”

The National Association to Stop Guardian Abuse, which advocates for guardianship reform, called the current system “a growing menace which feeds on greed.” The group criticized the judicial system for its complicity in usurping people’s liberties and property.

NASGA President Elaine Renoire said that it was too easy to make a person a ward and that “most courts aren’t monitoring or holding bad guardians accountable.”

“There is nowhere for wards or their families to go for help. The system becomes a menace because opportunists exploit loopholes and get rich at the expense and detriment of the very people they have been court-appointed to protect,” Renoire said.

Most guardianships start out with good intentions. A concerned relative or social worker asks a state Family Court to appoint a guardian for someone who can no longer take care of themselves because of age or mental or physical problems. If the person is deemed mentally incompetent, very often the family member or friend who brought the case to the court will be appointed a guardian. Sometimes the finding of incompetence is made without notifying the person being put under a guardian’s protection.

If a private guardian is appointed, that person is allowed to charge “reasonable” fees for services, although there’s no definition of what is considered “reasonable” in state law, noted the Las Vegas Journal-Review in a story about abuses in the Clark County guardianship program.

And that is one of the places where things can get dicey. For example, Nevada law requires paid private guardians to report to the court annually to show how they spent each ward’s money, but that doesn’t always get done, wrote the Review-Journal. Nobody checks the guardian’s actual billings unless someone complains.

According to the American Bar Association, “legal guardianship is a fiduciary relationship created between a person determined by a court to be incapacitated (the ward) and a person or organization deemed suitable to manage the ward’s personal care or finances.”

That’s the broad-brush version. In reality, there is little screening or oversight of guardians, as evidenced by the number of cases of abuse that come to light.

High-profile cases involving the abuse of guardianships regularly surface. In June 2003, The Washington Post published a series that found massive neglect and exploitation by court-appointed attorney guardians in the District of Columbia. About a year later, The Dallas Morning News turned the nation’s attention to how two men took control of a frail 87-year-old hospitalized woman as her daughter was out searching for a rehab facility for her. About a year after that, the Los Angeles Times took a look at more than 2,400 conservatorship cases and reported that “judges frequently overlooked incompetence, neglect and outright theft.” Most recently, a Nevada abuse case was spotlighted in The New Yorker, detailing how an elderly couple wound up becoming wards of a professional guardian who sold their home and possessions out from under them.

Congress has held numerous hearings and published reports on the problems of guardianship. A decade ago, in December 2007, the Special Committee on Aging released a report on guardianship of the elderly and called for the development of new care models.

And yet we are still seeing abuses.

Teaster says the system needs greater oversight. While you are waiting for that to happen, here are a few things that Eric Goldberg, a certified elder law attorney and co-founder of Goldberg Law Group, suggests:

Execute a comprehensive power of attorney that includes the ability of the person you choose to both manage your money if you become incapacitated and assume the role of your guardian if necessary. If a family member isn’t suitable or available, this can be a lawyer.

Execute a comprehensive health care power of attorney that allows your chosen representative to make all health care decisions if you are incapacitated.

Review these documents often in regard to the age of your representative and any changes that may have occurred in that person’s life, such as a bankruptcy, illegal activity, divorce, lawsuits, fiscal irresponsibility or changes in your relationship.

Submit these documents to the appropriate parties before it becomes necessary. Ask banks and other financial institutions to examine the power of attorney and authorize it while you are still healthy. Ask if your bank has its own proprietary power of attorney. Ask doctors and local hospitals if the medical directives and health care power of attorney are acceptable.

And then do it all over again. Goldberg says it’s important to re-execute powers of attorney every few years. Despite federal and state law, many financial institutions claim that a power of attorney becomes stale after some arbitrary period of time. Having newer documents that reflect the same wishes as those contained in older documents is wise.

Full Article & Source:
The System Of Court-Appointed Guardians Continues To Fail The Elderly
Posted by NASGA

Good article. Thanks for posting.

The New Yorker article should have shocked anyone who read it.

This is one of the best articles explaining guardianship abuse I've read for a long time. Thanks!