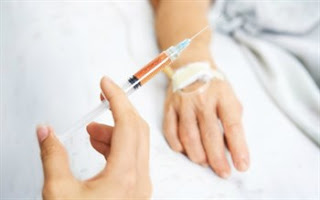 HONOLULU — “Nana, how is suicide okay for some people, but not for people like me?”

Eva Andrade’s teenage grandson, who had previously been hospitalized for suicidal ideation, had asked his grandmother that question recently: Hawaii became the seventh state to legalize physician-assisted suicide April 5, a year after a previous legislative attempt.

Proponents claimed the law would give people with terminal illnesses (and a diagnosis of less than six months to live) the personal autonomy to make that decision. The teenager did not see why the circumstances made a big difference for one group having the legal right to end life on their own terms, while others did not.

“This is a 15-year-old child making this connection on his own, just based on the conversations he was hearing,” Andrade said.

Andrade, communications director for the Hawaii Catholic Conference, told the Register that the “Our Care, Our Choices Act,” which goes into effect Jan. 1, 2019, threatens negative social repercussions and will have a “very detrimental effect on our community.”

For one thing, the new law undermines the state’s own efforts to help young people choose life over death.

The law specifically invokes “the right to choose to avoid an unnecessarily prolonged life of pain and suffering” to justify assisted suicide.

Hawaii averages more than 200 suicides a year and leads the U.S. in suicide attempts for youth 10-24 years old, according to Hawaii’s Department of Health.

Andrade said representatives of Queen’s Medical Center on Hawaii took a neutral position on the bill, but expressed concern that youth would be more prone to consider suicide if normalized for some groups.

“We’re very concerned that when you normalize suicide for some groups, and condemn it for others, that it sends the wrong message,” she said.

Oregon, the first state to legaliize doctor-assisted suicide, itself ranks in the top 10 states for suicide, and the state’s health department data show the suicide rate increasing to 42% higher than the national average by 2012.

However, proving direct causation is difficult, as western U.S. states and Alaska generally have higher rates of suicide compared to the rest of the country.

Alex Schadenberg, executive director of the Euthanasia Prevention Coalition, told the Register that legislation geared toward expanding mental-health services has not kept up with the need.

“Mental-health care is being lost in this whole equation,” he said. Oncologists understand that cancer patients need mental-health support, in addition to pain management, since patients have to deal with the emotional pain of their illness.

He pointed out that assisted suicide sends the message that society is “abandoning somebody at the lowest time in their life.”

Popik told the Register that Hawaii’s assisted law, like all assisted-suicide laws in the country except in Vermont, are based on Oregon’s “Death With Dignity” law. But Popik said Oregon’s law is being given a wide interpretation to include more people.

For example, she said the requirement that a person have an “incurable and irreversible disease that has been medically confirmed and will, within reasonable medical judgment, produce death within six months” would potentially fit a person with diabetes who must depend on insulin treatments to survive and live an otherwise healthy life.

Andrade said Hawaii has a “high incidence of diabetes,” and a diagnosis of clinical depression could also prove deadly under the new law. She pointed out the law’s mental-health protections are weak. She said a clinical social worker is allowed to make the mental-health diagnosis, even through telemedicine.

“Many social workers are not trained to recognize depression and mental illness,” Andrade said, adding there is a great need in educating medical professionals in how to correctly evaluate a patient’s mental health.

The rise of assisted-suicide laws is expected to have a negative impact in the kind of medical care that people with disabilities, or those with negative medical prognoses, receive, according to Marilyn Golden, a senior analyst at the Disability Rights Education and Defense Fund.

Golden said the poor, elderly and persons with disabilities are vulnerable to coercion to assisted suicide from the health care system, where in the constant effort to cut costs, “suicide immediately becomes the cheapest treatment.”

Her organization has seen a pattern emerge out of Oregon and California, where insurance companies deny or delay expensive medical treatments for patients, offering assisted-suicide pills instead.

“We’ve noticed overall where assisted suicide is legal, some people’s lives will be ended without their consent through mistakes, coercion or abuse,” she said. “No safeguards have ever been enacted or proposed which can prevent this outcome or ever be undone.”

Andrade said elder abuse is an issue the Hawaii Catholic Conference is concerned will increase. Hawaii has found that elderly abuse and coercion had been up 300% over the past 10 years.
But the assisted suicide law gives a person the option to not inform family members about the intention to kill oneself. The death certificate will list the underlying condition, not suicide, as the cause of death.

Andrade explained that, effectively, “if there is some kind of coercion or abuse, there’s no way to prove it.”

Schadenberg also added that assisted-suicide laws cast a shadow over hospice care, where patients need to be assured that doctors intend to take care of them until they die naturally.

Not Yet a Trend

Popik said there is not “huge momentum” on the side of assisted suicide. Popik pointed out that the assisted-suicide lobby group Compassion & Choices tried to advance legislation in 36 states this year, but only had one success:  Hawaii, where it had been trying for two decades. And in the District of Columbia, which passed assisted-suicide legislation in 2017, not one person availed themselves of the law, and only 2 out of 11,000 eligible physicians registered to help people kill themselves.

She said, “We hope — and we’re going to work to make sure — this [legalization in Hawaii] is not part of some broader trend.”

“Whatever its motives and means, direct euthanasia consists in putting an end to the lives of handicapped, sick or dying persons,” the Catechism of the Catholic Church states. “It is morally unacceptable. Thus an act or omission which, of itself or by intention, causes death in order to eliminate suffering constitutes a murder gravely contrary to the dignity of the human person and to the respect due to the living God, his creator.”

It goes on to say, “The error of judgment into which one can fall in good faith does not change the nature of this murderous act, which must always be forbidden and excluded. Discontinuing medical procedures that are burdensome, dangerous, extraordinary or disproportionate to the expected outcome can be legitimate; it is the refusal of ‘overzealous’ treatment. Here one does not will to cause death; one’s inability to impede it is merely accepted” (2277-2278).

I am sorry to see another state sign on to this.