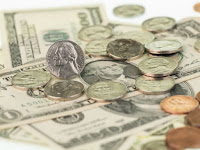 Financial fraud against the elderly is most often perpetrated by those closest to the victims: family members, friends or other trusted individuals, according to a new survey.

While 68% of older investors believe that a stranger would be the likely perpetrator of financial exploitation against them, the reality is starkly different, according to Wells Fargo & Co., which released the results of its elder needs survey on Tuesday morning. Two-thirds of financial crimes against the elderly are committed by those who are closest to the victims, the survey found.

Nearly one in five Americans 65 and older have been impacted by elder financial abuse, and each year as much as $36.5 billion is lost to financial exploitation, criminal fraud and caregiver abuse, according to the survey.

The survey found that typical types of abuse include using ATM cards and stealing checks to withdraw money from the victim's accounts. Abuse by in-home care providers can also include keeping change from errands, paying bills that don't belong to the vulnerable adult, asking the elderly client to sign falsified time sheets, spending their work time on the phone and not doing what they are paid to do, according to the survey.

Meanwhile, strangers have plenty of scams to trick elderly individuals into giving up money, personal information, or property, according to Wells Fargo.

Those include "government scams," "granny scams," "prize and sweepstakes fraud" and "sweetheart fraud."

In government scams, the scammers pose as government officials requiring their victims to wire cash or use prepaid debits or gift cards to pay bogus IRS tax bills. Or they may provide sham Medicare services at makeshift mobile clinics in order to bill insurance companies, according to Wells Fargo.

Playing on the emotions of grandparents, fraudsters "identify themselves as grandchildren calling or emailing about an emergency situation" and plead for money.

In prize and sweepstakes fraud, the victim will receive a fake telemarketing call and be informed he or she won a lottery or sweepstakes but must pay taxes on the jackpot before claiming the prize money.

And in sweetheart fraud, elders are conned into trusting a new friend that they meet in person or through social media with the false promise of love and companionship. The romantic partner then swindles them out of money and/or property before disappearing.

Full Article & Source:
Financial abuse against the elderly most often committed by those closest to them
Posted by NASGA

Not true. Look at all the articles about thieving lawyers who steal millions of dollars.