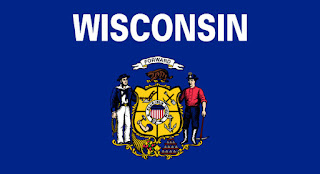 COTTAGE GROVE, Minn. – Today, Attorney General Brad Schimel announced the Wisconsin Department of Justice (DOJ) filed criminal charges against Matthew D. Erickson of Cottage Grove, Minn., for contracting to deliver snow removal services, and never completing those services for 111 victims nationwide, 28 in Wisconsin. Many of the victims were over the age of 60. The Elm Grove Police Department in Wisconsin and local law enforcement in Minnesota assisted DOJ with the arrest of Erickson today and he remains in custody in Minnesota, awaiting extradition to Wisconsin.

DOJ’s criminal complaint alleges that victims contracted with Erickson’s company, Snow Angels, for snow removal services, but the services were never completed. 111 victims have been identified nationwide, across the following states: Wisconsin, Connecticut, Illinois, Massachusetts, Maine, Michigan, Minnesota, New York, and Rhode Island. 28 victims are from Wisconsin, and reside in Waukesha, Milwaukee, Washington, and Racine counties. In Wisconsin, the total amount of restitution is currently $13,060; nationwide, the amount is in excess of $50,000.

A defendant in a criminal case is innocent until proven guilty. Relevant court filings are available below. This case is being prosecuted by DOJ Criminal Litigation Unit Assistant Attorney General Rich Chiapete.

If you have further information about Erickson or the company Snow Angels, please contact Wisconsin DOJ Consumer Protection investigators at (608) 266-8063.

Wisconsin Attorney General Brad Schimel launched the Attorney General’s Task Force on Elder Abuse in August 2017, charging the task force with compiling the resources and knowledge of a multi-disciplinary team of professionals to study the impact of elder abuse in Wisconsin and assess ways to improve outcomes for this growing population of citizens. In addition to developing strategies to address barriers in investigations and prosecutions of elder abuse, the task force will strengthen consumer protection for seniors and create recommendations for improved cross-system communications.

“Elder abuse is vastly underreported; only one in 44 cases of financial abuse is ever reported[1],” said Attorney General Schimel. “The Wisconsin Department of Justice is working hard to get resources out to communities, increase collaboration in order to better serve elderly victims, and hold criminals exploiting our loved ones accountable.”

In addition to the task force’s work, Attorney General Schimel has moved quickly to provide public safety tools to seniors and their loved ones. In October 2017, Attorney General Schimel expanded Dose of Reality, a statewide prevention campaign designed to raise awareness about prescription drug abuse and its effect on the opioid epidemic, to include resources and information unique to seniors and caregivers.

This year, the attorney general launched a radio ad campaign to raise awareness about elder abuse and encourage citizens to report abuse against seniors at Medicaid-funded or other senior care facilities. The attorney general also started “Safe Seniors Camera Program” a new pilot project in Brown, Outagamie, and Winnebago counties that allows Wisconsin residents, who suspect a caregiver is abusing their loved one, to use a covert camera to provide surveillance over someone who may have been harmed by a caregiver in their residence.

Full Article & Source:
Wisconsin DOJ Files Charges Against Minnesota Man for Allegedly Preying on Elderly in Wisconsin and 8 Other States
Posted by NASGA