Hospices Taking on a Bigger Role in the Opioid Crisis Response 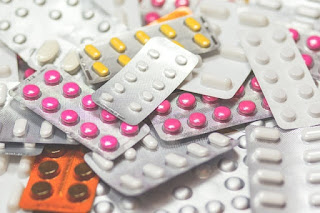 The hospice industry has made it well known it can play a bigger part in addressing the national opioid crisis, but the role of hospices are playing may already be broader than some think.

Hospice organizations are frequently acting as a first line of support for families and loved ones of those lost to addiction through bereavement and grief counseling services—and providers aren’t reimbursed for this care.

Under the hospice Conditions of Participation (CoPs) to participate in Medicare, providers must offer bereavement services, including counseling. Without reimbursement, how these services are conducted varies widely from organization to organization based on commitments of resources.

Many hospices have taken the mission of providing grief counseling and bereavement services one step beyond their own patients, offering this care to families who were not patients, but may have been victims of the opioid crisis.

“A lot of hospices see the mission as broader than providing services to family members of folks they serve,” Edo Banach, CEO of the National Hospice and Palliative Care Organization (NHPCO), told Home Health Care News. “It turns out that if there is a shooting like at the Pulse nightclub or in Las Vegas or 9/11, an emergency of any time, it’s usually the case that the local hospice ends up providing bereavement support for first responders and individuals impacted.”

Bereavement services have been a cornerstone of hospice care since the benefit was introduced, though the needs of communities have fluctuated over time, Banach said.

“As the opioid crisis has hit, the hospice community has done the same as it has for every other crisis that has occurred since the late 70s and 80s, including the HIV and AIDS [epidemic],” Banach said.

One hospice provider with a robust bereavement services program, Ohio-based Hospice of the Western Reserve, is working with other types of health care providers in the communities it operates to better serve residents afflicted by the opioid crisis.

“Collaboration with a specialty is really important in serving people,” Diane Snyder Cowan, director of Western Reserve Grief Services, told HHCN. “ … Generally speaking, these overdose deaths are not hospice deaths, but if we collaborate with addiction specialists … one of the things we’ve found is education about addition is so important for these grieving families.”

Hospice of the Western Reserve has been providing services in Northern Ohio for 40 years, serving 1,200 patients and families daily, according to Cowan. Roughly 10% to 20% of families will utilize bereavement services following the death of a loved one in hospice care, she said.

However, the opioid crisis is a different type of beast, as medication administration is also an important service performed by hospices.

“It is more compelling because opioids are a part of the kind of care that hospices provide to their population, and we feel a responsibility to make sure opioids are used appropriately for our patients,” Banach said.

A major area of contention surrounding current law related to opioids in hospice care is what happens to the medications once patients die. Medications become the responsibility of the family at that point, whereby opioids can sometimes fall into the wrong hands and add to addiction struggles.

Providers are eager to change this policy through legislation that would allow hospices to take possession of medications and destroy them after a patient’s death. One such bill, the Hospice Safe Drug Disposal Act, would authorize home-based hospices to safely dispose of unused prescriptions and controlled substances. The bill was introduced in the Senate in April.

Not all hospices provide the same level of bereavement services, since the care is not reimbursed. Those that do consistently offer programs, including Hospice of the Western Reserve, are often supported by grants and other donations.

One issue in boosting bereavement services to help families affected by the opioid crisis is the visibility of these programs, which many lawmakers aren’t aware that hospices provide.

“It’s not hidden to social services and churches making these referrals, but it is hidden to federal policymakers because Medicare doesn’t pay for this,” Banach said. “It’s hidden because hospices are doing it and communities need it, but they are not doing it without federal government money.”

Hospice of the Western Reserve provides numerous services for grieving families, including support groups, collaborations with addiction specialists and ongoing programs. And there’s more that hospices could do in the future with more support and even technology if resources become available.

“We wouldn’t mind receiving some support or funding for this,” Banach said. “We could do more if we had some support for this.”

There are some business advantages to extending bereavement services and becoming a well-known force in a community.

“The pay-off when you are serving grieving people in your community and you help them through a tough time … it turns out when their parent needs hospice care, or someone [else], they will turn to you,” Cowan said. “It only benefits the community, and hospices should be the experts in the community.”

The benefits of bereavement services are also not as visible and not often measured, but underscore the importance of hospice as community providers, accordion to Cowan.

“What keeps me in this work is seeing how [support] groups are so transformative and how people grow and change post trauma,” Cowan said. “[You see people] grieving from an opioid death and hear stories about how their lives have changed and what they are doing now, and it gives me the chills … It makes it all worth it.”

Hospices are a crisis within themselves!