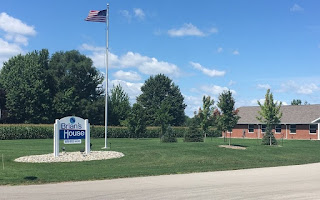 BAY CITY, MI -- Two women have filed a lawsuit against a Bay County hospice, alleging they were fired for refusing give medication that could hasten a patient's death and for alerting police to the matter.

Police say their investigation of the case is over after a medical examiner found no inappropriate conduct in connection with the man's death. No one has been charged with any wrongdoing.

The lawsuit of Tamara Gies and Jillian Brown was filed in Bay County Circuit Court on Monday, Aug. 20. It names Brian's House Community Group Inc. as the defendant and seeks damages exceeding $25,000.

Brian's House is located at 664 W. Nebobish Road in Hampton Township. After being closed for five years, it reopened in June 2017 as a "social home," as opposed to an inpatient hospice home, thanks to fundraising and volunteer efforts.

Those prescribed hospice care by their doctors can choose their care provider and opt to spend their final days at Brian's House, rather than a nursing home or a residence.

Brown and Gies both worked at the facility as caregivers, having been hired in September 2017 and February 2018, respectively, their lawsuit states.

The suit states that on or about May 11, 2018, manager Christine Quinn told Brown she had previously worked at Toni & Trish House, an Auburn-based hospice facility.

On June 13, a coworker told Gies she had received a piece of paper from a worker on another shift, which detailed a handwritten schedule for a patient to receive morphine and Ativan, the lawsuit says. Gies also overheard another coworker state the paper "was not a doctor's order," the suit alleges.

Gies contacted a registered nurse at McLaren Hospice and asked if the note was a doctor's order. The nurse confirmed it was not and was not acceptable, according to the suit.

The next day, Brown noted the patient's morphine dose had increased from 0.5 milliliter to 1 milliliter.

"Although Ms. Quinn wanted the increased dose administered right away to the patient, the hospice nurse ... cautioned that giving the dose might 'send the patient over the edge,' which is a euphemism for causing the patient to die," the suit states.

"As far as the medication, that was something the nurse and doctor instructed," Quinn said Tuesday.

The patient died June 16. The same day, Gies met with a Hampton Township police officer to report she and Brown had been instructed by Quinn to give a patient medication against a doctor's order to cause to his death. Gies also spoke with then-President Dwight McCulloch to notify him of the police report, to which McCulloch reacted negatively, the suit states.

On June 20, Quinn notified Gies she had been taken off the work schedule and an Employee Discipline Form had been put in her file. The form resulted from Gies "not following chain of command when it came to issues involving distribution of meds and going to law enforcement without allowing Board to do own investigation," the suit states.

Brown's name was also removed from the work schedule on June 25. Thereafter, McCulloch told Brown that Quinn wanted her fired for being part of the police report, the lawsuit alleges.

Gies on June 26 received a letter authored by Quinn saying she was being fired and referenced Gies "involving outside law enforcement," the suit alleges.

Quinn on July 18 told Brown her services were no longer required as well, the suit states.

Hampton Township Police Lt. Michael Wedding said that while Gies had filed a report, officers are no longer investigating as Bay County Medical Examiner Dr. Howard Hurt ruled there was no inappropriate conduct in the death of the patient.

A court date for the civil lawsuit is pending.

I hope this lawsuit is successful. Hospice is just another good thing gone bad.