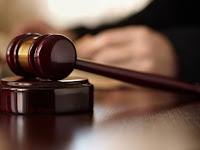 WATERTOWN, MA – A Watertown woman faces multiple charges stemming from the alleged theft of hundreds of thousands of dollars from an elderly customer of her bank. Pamela Karalis, 44, who worked at a bank in Belmont, befriended the 90-year-old woman before convincing her to transfer the money to an account that Karalis controlled, according to the Middlesex District Attorney's office.

Karalis faces four counts of embezzlement by a bank employee and obtaining a signature by false pretenses, larceny from a person over the age of 60, money laundering and tax evasion.

Authorities say the woman was a regular customer at the bank and became friends with Karalis, who socialized with her outside of the bank and took her to doctor's appointments. On July 26, 2017, Karalis opened an "employee account" that was inaccessible to other employees of the bank and convinced the woman it would be easier for her to manage her money, according to the DA's office.

Authorities say Karalis named herself the primary cardholder and used three checks the woman had signed to transfer $656,764 from her trust to the newly created account. The woman was not present when the checks were cashed.

Karalis withdrew $210,448 for her personal use, according to the DA. Belmont police began investigating in April 2018 after a source alerted Springwell, an elder service agency, to alleged financial exploitation. Karalis told investigators the money was a gift from the woman, but they later learned she had not paid taxes for the transferred funds, according to the DA.

"The defendant in this case is alleged to have gained the victim's trust through her position as a bank employee and as a friend, in an effort to divert hundreds of thousands of dollars from the victim's account for personal use," District Attorney Marian Ryan said in a statement. "Many times vulnerable populations, like senior citizens, are financially exploited by people they believe are operating with the best intentions. This case is a reminder that seniors should remain vigilant in monitoring their bank accounts and exercise caution when asked by others to transfer personal funds."

Karalis was released on personal recognizance following her arraignment Monday and ordered to not work, volunteer or provide services for the elderly, not work or volunteer in financial institutions, not handle other individuals' financial information and to have no contact with the victim.