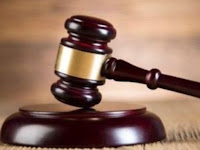 FLORISSANT • After a four-year legal saga, a woman has been sentenced to probation for using a person with special needs to get a loan and cellphone services.

Vivian Ann Becker, 59, of the 3800 block of Kentucky Derby Drive, entered an Alford plea of guilty Nov. 30 to one felony count of financial exploitation of the disabled. Under the terms of the plea, if she completes her probation without incident, the case would be cleared from her public record.

An Alford plea means a defendant does not admit to the crime but acknowledges that prosecutors have enough evidence to get a conviction.

As a condition in the case, she must not have contact with the victim, her former stepdaughter. She must also pay restitution to a witness, Verizon, Sprint and Check ’N Go totaling about $5,000.

According to court records, Vivian Becker was the ex-wife of the victim’s father, Bill, who died on Aug. 7, 2014.

A new caretaker contacted police when she noticed numerous collection letters addressed to the victim. Further investigation by police found that the accounts were opened in the victim’s name between July 2, 2014 and Nov. 9, 2014, including a $1,529.39 loan from Check ‘N Go at Mayfair Plaza in Florissant and cellphone charges.

Vivian told police that Bill Becker reached out to her and reconciled their relationship before his death because he wanted his adult daughter to have someone help her become more independent.

Vivian told police that she had taken her former stepdaughter to open the accounts because she thought it was important that the victim have a mobile phone, and be able to pay moving expenses so the two women could move into a new residence together.

The victim told police that Vivian had told her that the accounts would help her establish credit that would allow her to buy a car and perhaps a house of her own, even though she didn’t drive nor have income other than disability payments.

She also told police that Vivian, while married to Bill, would sell their belongings at garage sales without their permission. She also said Vivian often threatened to put her in a group home if she didn’t do what she was told.

Four years to finish the case? How much does all that delay cost the taxpayers?