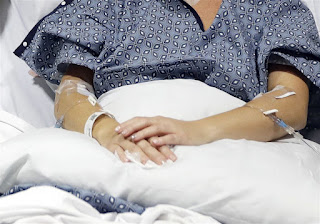 A Pennsylvania nursing home chain with facilities in the Pittsburgh region has agreed to pay more than $15 million to settle claims that it provided unnecessary rehabilitation to residents, including some with dementia or in hospice care, to make money instead of addressing clinical needs.

The company is based in Brockway, Jefferson County, and has more than 50 homes across the state, including some in Allegheny, Beaver, Westmoreland, Fayette and Indiana counties, as well as in Ohio and West Virginia.

The settlement resolves allegations contained in a whistleblower suit filed in federal court in Philadelphia in 2015 under the False Claims Act, which allows citizens to sue on behalf of the U.S. and share in the recovery of money. Prosecutors in Pittsburgh and Philadelphia worked on the case together.

The whistleblowers were Philippa Krauss and Julie White, both former employees of Guardian, who will share a $2.8 million chunk of the settlement.

Ms. Krauss and Ms. White were rehab managers at Guardian's skilled nursing facility in Carlisle. Both said they had been pushed to do rehab that wasn't necessary with Medicare and Medicaid picking up the bill.

According to the suit, Guardian officials continually pressed for rehab for residents who had no need for it or didn't want it, such as dementia or hospice patients.

"As a result of Guardian’s constant pressure and directions given to [staff], many Medicare Part A patients were subjected to rehabilitative therapy that was medically unreasonable, unnecessary, unskilled and possibly harmful," their original suit said.

In one, a Monday morning status report at the Carlisle facility in February 2014 noted that "Patient 8" was dying. But the patient still received physical therapy. Six days later the person died.

In 2012, "Patient 4" was dying and refusing all therapy. But managers were told to provide therapy anyway, such as changing his position and stretching his legs, to keep him on the caseload and maintain revenue levels.

During a meeting in May 2012, Ms. Krauss said Patient 4 was dying but was told to put the patient on a stationary bike so that Guardian could report the required minutes of therapy and maintain its revenue level. The man continued to receive the therapy for a month and then died.

Ms. Krauss left the company in 2013 and Ms. White the following year.

The lawsuit settlement also resolves claims that Guardian employed two people who were excluded from federal healthcare programs but nonetheless received payment for services to Guardian.

"We thank Ms. Krauss and Ms. White for their role in bringing this alleged scheme to light," William McSwain, the U.S. attorney in Philadelphia, said in a statement.

He also commended Guardian for voluntarily disclosing the employment of the two excluded providers.

In addition to paying $15.5 million, Guardian entered into a "corporate integrity agreement" with the U.S. Department of Health and Human Services to promote future compliance.

Guardian said in a statement that resident care "remains our first priority" and that the company is committed to meeting its obligations under the agreement.