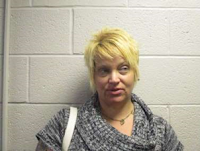 CLEVELAND, Ohio (WOIO) - A former nurse from the Lakewood area is scheduled to be sentenced on Wednesday morning.

Michelle Brown is convicted of theft and drug possession. Her sentencing is scheduled for 10 a.m.

Investigators say Brown stole drugs from patients while she was working at the Crestmont North Nursing Facility on Detroit Road.

Brown would remove bottles of morphine and hydromorphone from a medication cart that was prescribed for patients, according to prosecutors. She then added water to bottles in an attempt to conceal the theft.

“This defendant took advantage of her position as a nurse to illicitly obtain drugs and tried to conceal the evidence. In doing so, she placed innocent patients at risk by tampering with their medication,” Cuyahoga County Prosecutor Michael C. O’Malley said.