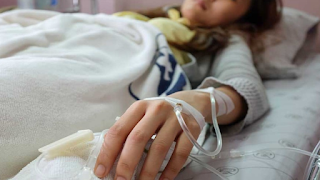 In 20 years of working with geriatric patients, I have seen the frightened faces, emaciated and bruised bodies, and the hopelessness of abuse victims. My patients taught me the five types of elder abuse: neglect, financial exploitation, emotional abuse, physical abuse and sexual abuse. New York state legislators could create a new category: legally protected abuse.

If it ever becomes law, assisted suicide legislation will increase opportunities for abusers to euthanize adults. This act intentionally puts lethal drugs into the hands of people who could easily misuse them.

Like child abuse, spousal abuse and hate crimes, elder abuse occurs when a class of people does not get equal protection, equal treatment and social supports to prevent harm. New York may create a class of people who receive lethal medication and suicide instructions instead of suicide prevention interventions and social support to prevent harm. In states with similar laws, the vast majority of people dying from lethal prescriptions are older than 60.

The National Council on Aging reports that almost 60 percent of elder abusers are family members. The New York assisted suicide bill does not require physicians to see patients alone to reduce coercion by family or caregivers. In the era of telemedicine, this bill does not even mandate an in-person appointment to request the lethal medication. Thus, there is no guarantee the patient is not being coerced, or that the patient is even the one requesting to end his or her life.

New Yorkers who do not speak English are especially vulnerable to deception and coercion. This bill allows non-English speakers to sign medication requests written in the English language. Self-designated interpreters require no specific language competency or knowledge of medical terminology.

New York does not prevent, protect, or prosecute elder abuse, even when people suffer severe psychological and physical harm. "Under the Radar," the first statewide study of Elder Abuse, reports that elder abuse happens to 76 of every 1,000 adults older than 60 living in the community. That's 260,000 New Yorkers every year. Since New York is the only state without mandatory reporting of elder abuse, it's no surprise that less than 5 percent of these events are reported to any agency.

In 2018, the Assembly Committee on Aging stated that one of its "top priorities is to increase opportunities to identify signs of abuse, increase outreach and education." The committee could begin by educating sponsors and supporters of New York's assisted suicide legislation about elder abuse. Social isolation and dependence on others for daily needs make terminally ill patients easy targets. Yet this bill does not require an abuse risk assessment to be conducted before lethal medication is dispensed. Its unenforceable warning not to commit forgery, homicide and coercion reads like a plea for immunity or absolution. It offers vulnerable older adults no protection.

Assisted suicide could become another name for murder.