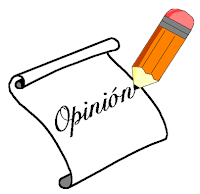 
Mary Cobbs was conserved in the early Spring of 2015.  Mary developed the onset of early dementia leading to concern by her church family at Allen Temple Baptist Church.  An anonymous call was made to APS leading to a conservatorship without seeking relatives or additional family members who resided in the Bay Area.

A temporary conservator James C. Plummer was assigned, removed within six months, Michele Tiernan became conservator, and that’s when mismanagement of Mary Cobbs’ finances and her health/wellness began to decline.

The care Michele Tiernan set up for Mary was subpar and inadequate.

Mary’s nieces learned of her conservatorship and quickly became involved, visiting her at  “Heart & Soul care facility and immediately felt her finances should’ve afforded her better healthcare. Frank Cobbs, Mary’s ex-husband called a niece in 2018 with concerns about her tooth missing that the care facility couldn’t give an answer regarding what happened.  Her nieces noticed visible scars on her forehead upon their visit.  Once questioning began, Mary’s care changed, her health and wellbeing went downhill.  Cousin Carolyn Hewett asked care providers about her disheveled appearance, as Mary was very well kept, an elegant lady. To see her dressed in oversized, soil clothing and too large shoes was shockingly disturbing.  A call to the owner of the care facility went nowhere, blank stares, and no answers.

Mary had an unexpected fall and broke her hip in the Spring of 2019, never recovered, and passed away shortly thereafter.  The conservator did not allow the family to properly memorialize Mary and noted in her documents to the courts that “Mary’s friends were not available.”

Cousin Carolyn disputes Tiernan’s documentation. “I called Tiernan and asked if a memorial service could be held and Tiernan told me “no.”

Mary was a member of Allen Temple for more than 50 years and served for her would have been appropriate.  The family learned of her burial by calling the cemetery, where she’d been placed two days prior to their inquiry.  The family contacted Tiernan making her aware of their concerns. She ignored them.

Mary had enough assets to afford better care and attention she received under Tiernan.  Her million-dollar estate was mismanaged by Tiernan.  She inflated all costs for service, while Mary’s care was unjust and totally disturbing.  Tiernan must be stripped of her duties for not looking out for the wellbeing of Mary, and the Cobbs family demands an investigation into her practices.

Mary’s niece Donna Pinkard has filed a court motion regarding Mary’s estate and distribution of assets. The final accounting is problematic, as lots of charges and fees that should have been questioned, were not.

Mary was a devout Christian who lived and worked in Oakland for most of her life.  She worked hard for everything she had and for a stranger to step in with what appears to be financial gain is not acceptable to family and should not be to the courts.  To take out loans, divert money, inflate service costs, cash-out money outlined in the will for designated beneficiaries is blatant fraud.

Michele, Tiernan has taken advantage of a vulnerable client and must answer and be held accountable for her actions.

Editor’s Note: Attorney Michele Tiernan was contacted by Post writer Tanya Dennis by email and phone to respond to this op-ed article, as was the management of Heart and Soul, who were contacted by phone.  Both parties failed to respond.