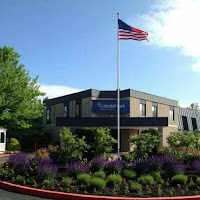 
A Dauphin County nursing home employee has been fired after facility officials learned of a video showing the employee throwing what appears to be a hot drink in a resident’s face.

Officials at the Colonial Park Care Center in Lower Paxton Township confirmed in a statement released Saturday that the employee was fired after the clip went viral and garnered a lot of outrage on Facebook.

The short clip shows what appears to be an employee, wearing a face mask, standing next to an elderly person, who reacts with a scream when the employee splashes a mug of liquid in the resident’s face.

Officials at the center said in a statement posted on Facebook that the incident has been reported to both the Department of Health and to local law enforcement.

“In reference to a video that was posted on Facebook by one of our now former employees, we as a facility and community of care would like to express that we are truly outraged by this juvenile act. Our employees are trained on how to treat all residents with dignity and respect, and this employee’s blatant rejection of that training and violation of our code of conduct warranted taking swift action. Consequently, upon being informed of the video’s existence, we immediately commenced an investigation and, shortly thereafter, terminated the employee in question. In addition, we have reported this ex-employee’s misconduct to the state Department of Health, and also to local law enforcement. This kind of behavior goes against everything we stand for as a skilled nursing facility and is in no way reflective of our values or culture. We always strive to provide our residents with the best care possible and there is absolutely no place in our facility for anything less than compassionate caregiving.”

The employees name has not been released.

The Colonial Park Care Center, 800 King Russ Road, is a 198-bed skilled nursing center. It offers a variety of services that include short-term and long-term skilled nursing care, rehabilitation and a memory-impaired unit.