Lanny Davis, Attorney to Bradford Lund, Grandson of Walt Disney, Joins Arizona Litigation Against Lund's Former Attorney, Jeffrey Shumway Who Is Alleged To Have Charged Lund Over One Million Dollars Only To Secretly Betray Him 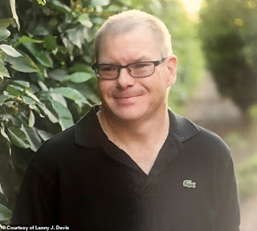 PHOENIX, July 8, 2020 /PRNewswire/ -- In July 2016, after a seven year battle with his estranged relatives fighting against him, Bradford Lund, the grandson of Walt Disney, was finally vindicated and found fully competent by the Maricopa County Superior Court, resulting in the dismissal of a guardianship/conservatorship action. It took two more years before the estranged relatives would finally give up and accept this ruling after all their appeals were denied by the higher courts. It was a brutal battle to say the least, but Lund prevailed. While it's not uncommon and even expected to be fighting against one's known adversaries, rarely does a person have to withstand such a battle while fighting against his own attorney who has secretly betrayed him. That's what is alleged to have happened in this case, and that's what drew the nationally known lawyer, Lanny Davis, to announce his entrance today as another member of the team in yet another battle against Lund's former lawyer, Jeffrey Shumway.

Specifically, Shumway advocated for Lund's freedom in the Arizona probate court and aggressively filed pleading after pleading asserting that Lund was competent. Meanwhile, Lund alleges, Shumway began conspiring against his client and incredibly secretly drafted proposed documents which, if the scheme had been successful, would have resulted in the guardian ad litem ("GAL") becoming a special conservator for Lund and Shumway himself becoming the court-appointed lawyer.

Davis, a former Special Counsel to President Bill Clinton and appointee to intelligence oversight panel for President George W. Bush, has signed on to associate as counsel in this battle.

Davis's entrance into the case comes after Shumway sued Lund for past legal fees related to his services, fees for which he charged while allegedly secretly conspiring against his own client. Lund responded by counterclaiming, alleging that Shumway, to the contrary, should pay both Lund's legal fees as well as general, special, and punitive damages in an amount to be proven at trial, for his alleged betrayal of Lund. As the counterclaim reads in pertinent part:

Davis pointed out that on July 16, 2016, after a 10 day trial during which Lund took the witness stand, Arizona Superior Court Judge Robert Oberbillig rejected a petition for a guardian and conservator and found that Lund had demonstrated by "clear and convincing evidence" that "the appointment of a guardian [and conservator] is not necessary." He also found that Lund had the ability to "manage effectively his medical care, estate, and other affairs…[and] consistently demonstrated that he makes mature appropriate financial decisions."

Davis concluded: "In my 40+ years as a litigator, if these allegations are true, this is the most shocking example I have ever seen of a lawyer betraying his own client – and then billing him for it! I am here to help Mr. Lund fight back against a lawyer whom he alleges acted behind his back contrary to his client's interests. He wants justice – and I am proud to be a member of the legal team to help him get it."

Full Article & Source:
Lanny Davis, Attorney to Bradford Lund, Grandson of Walt Disney, Joins Arizona Litigation Against Lund's Former Attorney, Jeffrey Shumway Who Is Alleged To Have Charged Lund Over One Million Dollars Only To Secretly Betray Him
Posted by NASGA