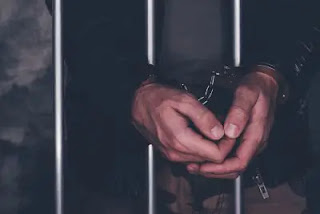 (STL.News) – The manager of a Dubuque senior apartment complex, who used a power of attorney to defraud an elderly and disabled nursing home resident was sentenced July 7, 2020, to five years’ probation.  Janice Kay Schultz, age 59, from Dubuque, Iowa, received the prison term after a February 3, 2020 guilty plea to one count of wire fraud.

In a plea agreement, Schultz admitted that she met her victim at the senior apartment complex in Dubuque that Schultz managed.  The victim lived alone and had no family.  In December 2010, the victim was admitted to a Dubuque nursing home after suffering a stroke and a fall.  Afterwards, her physical and cognitive abilities abruptly declined such that she could no longer live at the apartment complex.  In April 2011, the victim signed a power of attorney form that purported to give Schultz full authority to manage the victim’s financial affairs.  However, the power of attorney expressly stated that defendant was not permitted to make any gifts to herself.

From April 2011 through January 2015, Schultz used the power of attorney to steal nearly $60,000 from the victim.  Schultz used this money to buy Green Bay Packer football tickets and pay for other personal expenses.  Schultz purchased $24,000 in gift certificates, which she then used for a major home improvement project.  At one point, the victim no longer had the necessary funds to support her stay in the nursing home.  The Iowa Medicaid program began paying for the victim’s care at the nursing home.  Schultz told Iowa Medicaid that the victim had not sold or given away anything of value in the months preceding her application for benefits.

Schultz was sentenced in Cedar Rapids by United States District Court Judge C.J. Williams.  Schultz was sentenced to five years’ probation and fined $2,000.  She was ordered to make $59,963 in restitution to the victim’s estate and to repay $5,000 in court-appointed attorney fees.

The prosecution of Schultz is part of the Department of Justice’s Elder Abuse Initiative.  In March 2016, the United States Attorney’s Office for the Northern District of Iowa was selected as one of ten districts nationwide to launch regional Elder Justice Task Forces. The Elder Justice Task Forces reflect the department’s larger strategy and commitment to protecting our nation’s seniors, spearheaded by the department’s Elder Justice Initiative.  The Elder Justice Initiative coordinates and supports the Department’s law enforcement efforts and policy activities on elder justice issues.  It plays an integral role in the department’s investigative and enforcement efforts against nursing homes and other long-term care entities that deliver grossly substandard care to Medicare and Medicaid beneficiaries.  The United States Attorney’s Office for the Northern District of Iowa has rededicated its efforts and resources to investigate and hold accountable those who have been involved in activities incompatible with ensuring that the state’s more vulnerable citizens are treated with dignity and respect.

The charges also were brought in connection with the President’s Financial Fraud Enforcement Task Force.  The task force was established to wage an aggressive, coordinated and proactive effort to investigate and prosecute financial crimes. With more than 20 federal agencies, 94 U.S. attorneys’ offices, and state and local partners, it’s the broadest coalition of law enforcement, investigatory and regulatory agencies ever assembled to combat fraud.  Since its formation, the task force has made great strides in facilitating increased investigation and prosecution of financial crimes; enhancing coordination and cooperation among federal, state and local authorities; addressing discrimination in the lending and financial markets; and conducting outreach to the public, victims, financial institutions and other organizations.  Since fiscal year 2009, the Justice Department has filed over 18,000 financial fraud cases against more than 25,000 defendants.