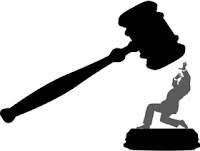 A Denver attorney who was arrested at least four times in 2019 was suspended Friday from practicing law for one year and one day.

The prominent Denver attorney and legal marijuana proponent was disciplined for committing a criminal act that reflected poorly on his fitness to be a lawyer, for charging unreasonable fees, mishandling client funds or property, failing to promptly and effectively communicate with clients and representing clients despite conflicts of interest, among other professional violations, according to the judge’s order.

Corry was arrested four times between June and October 2019 and faced allegations including violating a restraining order, driving under the influence, committing domestic violence and threatening people in public with a sword.

In 2013, Corry was arrested for smoking marijuana at a Rockies game and smashing the window of a recreational vehicle.

Corry was among the most prominent marijuana attorneys in the state, helping to draft Colorado’s successful marijuana-legalization ballot initiative and representing marijuana advocates in several significant legal victories.

He will have 14 days to notify his clients of the suspension, which began Friday, according to the order.

Full Article & Source:
Denver attorney is barred from practicing law for one year after multiple arrests
Posted by NASGA