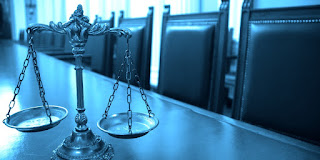 HOUSTON - The physician who sued a Houston probate judge over her guardianized mother’s will has also filed a complaint in federal court against the Texas Department of Family and Protective Services accusing the state agency of equal protection and due process violations.

A neonatologist on staff at a Clearlake hospital and other hospitals nationwide, Dr. Owens Collins accuses Ross, her niece, of filing a false report with APS alleging that the physician was financially exploiting her mother Mrs. Hattie Owens.

“Aisha Ross took advantage of the obvious lack of experience of the investigator and totally contaminated the process,” the complaint states. “Not surprisingly, the first investigatory report from APS came back with a finding that Dr. Collins had financially exploited her mother.”

“[Ross] cited the alleged exploitation of Mrs. Owens by Dr. Collins as the primary rationale for the application,” Attorney Cirkiel wrote in the lawsuit. “It totally polluted the guardianship proceeding with the guardian, attorney ad litem and Judge turning against Dr. Collins.”

On Nov. 3, the Honorable Judge Newman recused himself from underlying litigation involving the estate of Mrs. Hattie Owens.

“Dr. Collins filed a response to the application which disputed the need for a guardianship,” Attorney Cirkiel states in the plaintiff's pleading. “First, that the durable power of attorney and joint account were less restrictive means adequate to meet [Mrs. Hattie Owens’] needs. Additionally, that because Ross had a long criminal history of shoplifting and time in jail, it disqualified her from serving as guardian in the event the court determined the need for temporary or permanent guardianship.”

Dr. Owens Collins’ APS lawsuit, filed in the Western District of Texas in Austin, requests that the state agency’s failure to have a full appeal system in place be declared unconstitutional and that a declaratory judgment be issued ordering the APS to develop such an appeal process.

“Dr. Collins got in touch with Defendant Bias in the hope she could help facilitate the appeal process,” Dr. Owens Collins’ attorney states. “Rather than doing so, Bias threatened Dr. Collins that if she proceeded with the appeal she would assure the findings would definitely be reported to the Medical Board, the Houston Police Department and Harris County District Attorney’s Office. Sometime thereafter, the Houston APS Office did change the finding of exploitation to unable to determine but that finding requires reporting to the medical board and many other governmental entities.”