Marlboro Co. judge at center of investigation will work until 'facts are uncovered' 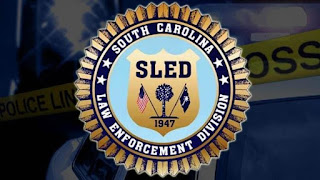 The South Carolina Law Enforcement Division (SLED) is investigating accusations made against Bullock, at the request of the Marlboro County Sheriff's Office.

According to Tommy Crosby with SLED, it is in connection to the estate of Hollis Slade who, according to an obituary, died in January 2021.

Judge Bullock was sworn in back in March 2021.

A source said the allegations involve removing property and items from Slade's home without permission.

“I think Mrs. Bullock is willing to, I know she is, because I have told her to tell the truth about everything. An interview and talk to the SLED agent. Talk to any law-enforcement person about this thing. And just be upfront about it. She has done absolutely nothing wrong. And this has nothing to do with her job," said Crow.

Crow added Bullock worked for Slade for many years at the paper mill in Marlboro County before she accepted the position as the county's deputy probate judge.

He said Bullock was close friends with Slade and his wife.

“I really don’t think she’s done anything wrong come up myself. But try to help Mr. Slade’s wife who she is very fond of. Because she knew her for years.”

No additional information is available while the investigation is ongoing.

ABC15 has reached out to the Marlboro County Sheriff's Office to ask why they asked SLED to open the investigation.

In an unrelated matter, Bullock faces a charge of pointing and presenting a firearm in February in Bennettsville, according to Bennettsville Police Chief Kevin Miller.

ABC15 got a copy of the four-page incident report.

The report said the incident took place on February 3, 2021, but a report wasn't filed until February 5.

A 45-year-old woman is named as the complainant in the report, and Bullock as the subject.

The woman said Bullock had a gun and threatened to kill her during an argument at a home they shared in Bennettsville.

The officer questioned the woman about why she waited two days to file the incident report.

The incident report contains a statement from Bullock.

Miller said Bullock pled not guilty to the charge and requested a jury trial.

He said the trial is scheduled to take place in November.

Meanwhile, Crow believes his client will be exonerated on the gun charge and that SLED will find no wrongdoing on her behalf.

However, he said if that's not the case, he stands ready to defend her.

ABC15 called Judge Bullock, but she hasn't returned the call.

On October 8, 2021, Bullock’s superior, Marlboro County Probate Judge Mark Heath, released the following statement on her continuing to work and not being placed on leave pending the outcome of investigation and gun charge.

“Why not, these are allegations? Until the facts are uncovered, there is really nothing I can say. You can refer to her attorney.”

Full Article & Source:
Marlboro Co. judge at center of investigation will work until 'facts are uncovered'
Posted by NASGA