Senator Bob Casey: Nation Is ‘Long Overdue for an Investment in Caregiving’ 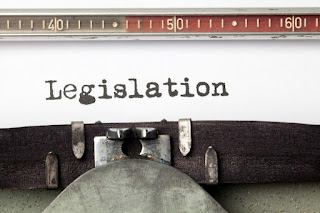 Over the past couple weeks, moderate Democrats have threatened to walk away from the White House’s $3.5 trillion economic package, which President Joe Biden hopes to use to strengthen America’s at-home care infrastructure for seniors and individuals with disabilities.

As a candidate, Biden proposed spending $400 billion on home- and community-based services (HCBS) to help make up for years of underinvestment. That figure has reportedly been more than halved during the back-and-forth talks to fill out that package while keeping full Democratic support.

Sens. Kyrsten Sinema of Arizona and Joe Manchin of West Virginia are among the key Democrats that have railed against the economic package’s overall price tag, putting HCBS funding on the chopping block despite widespread support from the general public.

Nearly eight of 10 likely voters are for investing in long-term care for seniors and people with disabilities, with strong support among Democrats and Republicans alike, a Data for Progress poll conducted Sept. 10 to 13 highlighted.

As chairman of the Senate Special Committee on Aging, Pennsylvania’s Bob Casey has been one of the most visible proponents of HCBS investment, most recently discussing the need to boost home-based care jobs during a virtual press conference on Thursday.

The nation is “long overdue for an investment in caregiving,” particularly in home- and community-based services, Sen. Casey told Home Health Care News in an email.

“We need to address the caregiving needs of our fellow Americans, older adults, people with disabilities, their families and the workers who provide these critical services and supports,” he said.

Casey and 39 colleagues introduced the Better Care Better Jobs Act (S. 2210) in June. Among its many provisions, the bill would ​​provide $100 million for states to develop plans to expand access to Medicaid HCBS and strengthen a depleted home-based care workforce.

“This bill will create better care for seniors and people with disabilities, better support for family caregivers and better jobs for home care workers,” Casey continued in his email to HHCN. “Additionally, this bill is an investment in a great American idea. The idea that we are going [to] support people in a manner consistent with the values we claim to hold as Americans.”

The COVID-19 emergency has only bolstered the desire seniors have to age in place. Over 90% of seniors prefer to remain in their homes as opposed to moving into an assisted living facility, for example, a recent survey from American Advisors Group (AAG) found.

“We should advance policies that make it possible for people to choose to age in place, as so many people wish to do,” Casey said.

HCBS workers, a majority of whom are women of color, make about $12 per hour, on average. Additionally, jobs often come without benefits.

To help inform the ongoing debate around HCBS and Democrats’ economic package, which they are attempting to pass via a process known as reconciliation, Kaiser Family Foundation (KFF) conducted four focus groups in July and August 2021 with direct care workers and unpaid caregivers. KFF released findings from those conversations on Friday.

During the focus groups, caregivers reported that their jobs had profound mental demands that only intensified during the pandemic. A number of paid caregivers specifically described regularly not knowing about whether they would be able to leave work at the end of their shift due to staffing shortages and scheduling challenges.

“Some Tuesday mornings when I think I’m going home at [6 a.m.], the owner would call and say, ‘Two [caregivers] had to go to the doctor,’ so I would never come home until Wednesday night,” one 51-year-old paid caregiver in Florida told KFF.

Focus group participants from the paid home care worker groups universally agreed that their wages were low and did not reflect the demands of their jobs, according to KFF. Many describe their situation as “getting by” or “living paycheck to paycheck.”

“You’re not going to get rich, you know, and it’s not about that,” another 41-year-old paid caregiver in California said. “It’s more of … I know that I’m going to be helping people at the end of the day.”

Whether Democrats can get on the same page to pass a major economic package through reconciliation remains to be seen. And even if they do, it’s unclear whether HCBS investment will survive the political process.

If it doesn’t, a significant opportunity will be wasted, according to Casey.

“We need to pay these heroic workers a higher wage, ensure they have benefits and have an opportunity to advance in their careers,” the senator explained. “We can’t claim to be the greatest country in the world when the people who care for and support our children, seniors and people with disabilities are left behind.”