A former prosecutor in Baltimore City was indicted on charges including extortion, misconduct in office, stalking and harassment. 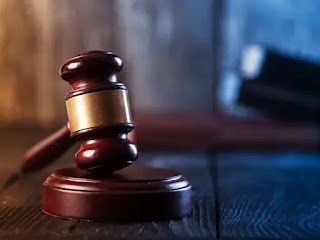 BALTIMORE, MD — A former assistant state's attorney for Baltimore City has been indicted on charges including extortion, felony theft scheme, stalking, misconduct in office and other offenses. Prosecutors said he used his office to extort money on behalf of a friend and got private phone records of his former romantic partners in part so he could stalk them.

Chaudry has been an assistant state's attorney for Baltimore City since 2009, according to the indictment.

He faces 48 counts of misconduct in office for subpoenaing telephone records from of people who were not involved in any investigations or prosecutions through the Baltimore City State's Attorney's Office, the indictment says. The charges stem from subpoenas he issued from 2019 to 2021, according to the indictment.

Chaudry was also charged with stalking, harassment and extortion. In the extortion case, the indictment states he wrote a letter in 2018 on behalf of a personal acquaintance who believed she had loaned $10,000 to her ex-boyfriend and acted as though a criminal investigation was underway. The letter was from State's Attorney Marilyn Mosby and signed by Chaudry; however, the indictment says there was never any investigation into the allegations related to the matter.

"Our justice system, particularly the significant role and power of the grand jury, relies on the integrity of law enforcement officials—especially prosecutors," Maryland State Prosecutor Charlton T. Howard III said in a statement. "Our office will work to ensure public officials who abuse positions of trust and authority are investigated and, where appropriate, prosecuted."