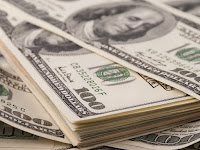 State banking officials have issued a cease-and-desist order against a crypto-mining investment company after it took $725,000 from a Nebraska investor and her mother.

Department officials were alerted to the situation under a new state law aiming to protect elderly Nebraskans and other vulnerable adults from financial exploitation.

The law, passed this year, allows broker-dealers and investment advisers to pause transactions and notify state officials if they suspect someone is taking advantage of a vulnerable client. A similar law passed last year allows banks and credit unions to take similar action.

Claire McHenry, deputy director for the department’s securities bureau, said the recent case was the first one that led to a cease-and-desist order. But she said the department has received several reports from bankers, credit union officials, broker-dealers and investment advisers with concerns about clients.

“I am very pleased that financial firms are already using the tools provided by the Nebraska Protection of Vulnerable Adults from Financial Exploitation Act,” she said. “This case is an example of how the financial industry and regulators are working together to protect investors.”

According to the department’s order, the recent case began when a Nebraska woman, identified as “MM,” met a person claiming to be “Stephon Lang” on a dating website. He introduced her to his friend, “Michael,” at Satitech, an online entity that offered investments in cryptocurrency mining.

Cryptocurrencies are a form of unregulated digital money that can be used to buy goods and services. They use encryption technology to make them secure. The currencies have been compared to arcade tokens or casino chips, because people exchange real money for the cryptocurrency.

The other way to get more cryptocurrency is through mining, which rewards people for using computing systems to solve extremely complex mathematical puzzles. The process is part of maintaining the technological underpinnings for cryptocurrency. Initially, mining was done on desktop computers but now involves large pools of computers.

Much of the interest in cryptocurrencies has been driven by people looking to trade them for profit, similar to stocks and other assets. Nearly 15,000 different cryptocurrencies are traded publicly, according to CoinMarketCap.com, a market research website.

Satitech’s website touted the entity as: “Best in crypto activities, we focus on crypto currency mining and crypto machinery sales. Be part of the world most biggest (sic) system today.”

Investors were invited to open accounts using cryptocurrencies, such as Bitcoin. The entity was to use the money for mining more cryptocurrency and the investors would share in the profits.

At that point, Satitech told MM that she could not get her money because the fee was paid in multiple transactions. The company said she needed to pay another $350,000 fee to draw out her investment.

MM’s mother went to her broker-dealer to get $250,000 of the additional fee. That’s when the broker raised concerns and, based on the new law, reported the situation to the banking department and to Adult Protective Services.

The broker’s intervention and efforts by banking officials kept MM and her mother from sending the additional fee, although they did not get the previous investments back. MM later discovered that the photo Stephon had sent her was associated with other dating site frauds.

“Unfortunately, as with most financial exploitation we come across, it’s very difficult to get the money back,” McHenry said.

State banking officials cautioned investors about doing business online with financial companies with whom they are unfamiliar. In many cases, the investor is told to wire money or send a prepaid card, often to a location outside the United States.

In other cases, investors are instructed to send bitcoin to fund their investment. Investors never receive the promised return and cannot recover their money. Furthermore, they may be asked to provide personal information such as Social Security and bank account numbers, which makes them prime targets for identity theft.

State Sen. Brett Lindstrom of Omaha, who sponsored the newly passed law, said he was pleased that the measure had helped protect Nebraskans.

“While the investment industry continues to evolve, I am confident that appropriate regulation can and will work to combat those that attempt to exploit others for financial gain,” he said.