Ken Musante: My son needed a conservatorship. Here's how it worked. 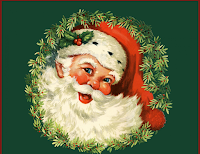 by KEN MUSANTE
Every Christmas Eve for the past two decades, my son would relentlessly wake me in order to check if Santa had arrived. This year, I told my wife and daughter, the first time he wakes up, we will all open gifts and then go back to a sound sleep without fear of interruption.

Elliott is 24 and a resident of Moving Forward Towards Independence. My wife and I relocated to Napa so we could remain close to him.

A Limited Conservator is typically for adults with an intellectual disability and may provide the following powers over the Conservatee:

We wanted to be sure we had access to Elliott’s medical records. We also have the ability to direct his medical care.

Ironically, an individual’s reproductive rights may not be conserved. Elliott had to consent for his vasectomy. I’ve never been so simultaneously proud and sad. He was awake. I held his hand. I cried afterward.

We purposely did not financially conserve Elliott. He has very limited resources. Anyone lending him money does so at their own risk. To further assist in keeping him out of financial harm, I placed a credit “‘freeze” on his file. A credit or security freeze prevents lenders from accessing your credit file. Businesses typically will not extend credit if they are not able to view your credit profile.

I discovered a person must first establish credit before a freeze can be secured. We promptly opened a student Visa account in his name; made a purchase and let it go delinquent. He then had credit. Bad credit, but credit nonetheless. To properly freeze credit, you need to do so on all three credit bureaus:

While employed and through Napa Valley PSI, Elliott assembled dog bowls for Lixit Corporation. He was paid based on a pro-rata share of the rate a neurotypical person would earn. He loved it! Unfortunately, Elliott’s employment was one of the many Covid casualties.

Sadly, with the signing of SB 639 (a bill that ends the practice of paying workers with disabilities less than minimum wage in California) I doubt he will again be offered paid employment.

Every couple of years a court-appointed Investigator meets with Elliott to ensure the Conservatorship is still in his best interest. One year the Investigator wrote, "It appears that Elliott has no understanding regarding the nature and effect of conservatorship. When given advisement, Elliott provided no response and merely continued eating." I thought the investigator needed perspective as his response (or lack thereof) seemed normal teenage behavior….

At Moving Forward Elliott lost a girlfriend, got laid off and had disagreements with his roommates over bathroom sanitation and missing food. He has also made wonderful friendships, developed newfound independence and found a home that will outlive his parents.

Yes Elliott, there is a Santa Claus!