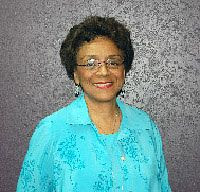 “Essentially, Elouise James still holds her City Council seat,” said Rodney Allen, director of Registrations and Elections in Pickens County, when asked to explain the suspension. “However, she has been relieved of her powers and responsibilities of the office until she is either found guilty or acquitted.”

Clemson Mayor Larry Abernathy, seated next to the placard displaying James’ name, said on Monday night he was “very, very sad” about the governor’s decision.

“I don’t believe it diminishes Mrs. James’ contribution to the council or her commitment to the city,” Abernathy said.

They should be showing support for the victim instead - and for the elderly population.

WHAT??? See how these people are twisted? Disgusting when people sympathize with the crooks. Nuts!

Hold me back, has this world gone stark raving mad?

OK Clemson City citizens, you know who not to vote for in the next election!

I hope the whole town stampedes the city council.

The elderly had better pack up and leave.

Including the mommas and pappas of the the council. Well, maybe they care about them at least...