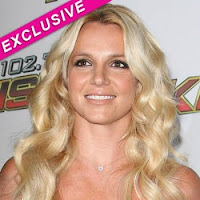 Lawyers for Britney Spears conservatorship are asking a judge to delay a key ruling in a breach of contract lawsuit filed against the pop star in connection with her Elizabeth Arden fragrance, because they need more time to prepare a response, RadarOnline.com is exclusively reporting.

Brand Sense, which brokered the fragrance deal for Britney, wants the judge to unseal documents in her conservatorship, despite a ruling in May 2011 that denied that motion.

The licensing company is asking Judge Reva Goetz to hear the matter on August 17, 2011, but Team Spears say they need more time to respond and don't understand Brand Sense's urgency for the relief they are seeking.

Court docs state: "If the hearing on Brand Sense's Motion to Unseal Documents is not continued to August 30, 2011, the Co-Conservators will be prejudiced and suffer irreparable harm by not having sufficient time to oppose the motion which involves important and very complex issues concerning, among other things, the Conservatee's privacy rights."

The judge previously ruled that Britney can't be deposed or called as a witness in the lawsuit. Brand Sense is seeking $10 million dollars in damages because they allege they weren't getting the pre-agree share of profits from Britney's fragrance.

See Also:
Court Rules Britney Spears Does Not Have to be Deposed
Posted by NASGA

This is one of the strangest guardian cases. If the woman is presently capable of dressing, traveling, entertaining and earning big bucks, all she needs is an honest agent - not a money-sucking court system, with all its tag teams.

They're working the conservatorship to their best advantage for sure!

Poor Brit continues to be the goose that lays the golden egg, for the conservators.