Elder Care Workers With a Checkered Past Get a Pass 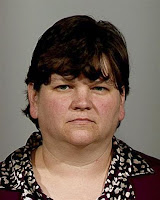 After she was caught, Lisa M. Blair told police that her criminal behavior at a South St. Paul assisted-living facility "just got out of hand."

For months, the Cerenity Residence worker stole thousands of dollars from elderly residents who relied on her for day-to-day help, including paying their bills. At least two residents were bilked for nearly $63,000 in a scheme that ended when an 88-year-old raised suspicions in December about Blair, police records show.

State health investigators found no fault with Cerenity Residence for the breakdown, which lasted for more than 18 months. Blair pleaded guilty this month to four felony counts of financial exploitation of a vulnerable adult. "I maybe took advantage," she told police. "I knew it was the wrong thing to do."

The case is part of a broad problem of elder abuse in Minnesota that raises questions about the state's oversight of a rapidly growing industry.

In at least a handful of cases, state records show, breakdowns left vulnerable adults exposed to abuse. Either facilities missed warning signs or applicants with known criminal histories were approved to work because regulators granted exceptions to rules aimed at protecting vulnerable people.

Since 2005, state investigators have reviewed 171 cases of alleged financial abuse or exploitation in nursing homes, assisted-living facilities and in-home care settings. In 77 percent of those cases, investigators substantiated those charges, almost all of which involved staff members stealing from residents, according to a Star Tribune review of state investigative files.

Full Article and Source:
Elder Care Workers With a Checkered Past Get a Pass
Posted by NASGA

Anyone employed by the health"care" system should be held to a higher standard because they deal with vulnerable people.

Nursing homes are prime hunting grounds for predators. We have to do better for our vulnerable elderly.

I don't understand why it's not just common sense that there should be pre-employment screening?