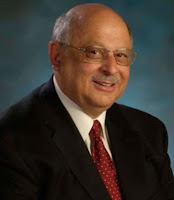 HARRISBURG — A former Allegheny County judge was removed from office and barred from serving on the bench last month, after he was convicted earlier this year of sexually assaulting two women in his chambers.

The Pennsylvania Court of Judicial Discipline, which hears official complaints against judges who violate the state constitution and judicial code, said former Magistrate Judge Ross Cioppa used his position to engage in a “tawdry, coercive pursuit of sexual liberties,” which included kissing and embracing two women who appeared before his bench. On both occasions, he promised to rule in favor of the women, if they went along with his advances, according to court documents.

“It is not open to question that (Cioppa’s) conduct was intended to affect a specific outcome — he promised that it would,” the board concluded, adding that the judge’s actions prejudiced the proper administration of justice.

Judge Ross Cioppa deserved to be booted. The public is safer.

He should be disbarred to, on moral turpitude.

I bet everyone on his staff hated being around him....

Don't let him back!