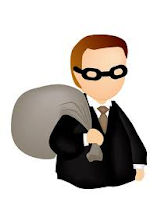 The Internal Revenue Service said Tuesday that its Office of Professional Responsibility has prevailed in seeking the disbarment of David O. Christensen after he was convicted of theft for misappropriating funds as the conservator of his daughter’s trust account.

Christensen’s CPA licenses in Washington and Oregon had been revoked previously as a result of his conviction.

In a final agency decision, the IRS administrative law judge declined to grant a request by Christensen to continue in a limited practice as a tax return preparer, and instead, disbarred him from all practice before the IRS. The judge found that Christensen’s conviction for theft, along with the revocation of his CPA licenses, constituted disreputable conduct under Circular 230.  Christensen had argued that he should be permitted to continue to prepare tax returns because his theft conviction resulted from a family matter that had nothing to do with his tax preparation practice before the IRS.

“OPR strives to protect the integrity of the tax system from unscrupulous and incompetent practitioners regardless of how those traits become known,” said OPR director Karen L. Hawkins in a statement.

Agreeing with OPR’s proposed sanction, the administrative law judge held that the seriousness of Christensen’s offense warranted disbarment from practicing before the IRS finding, that the “respondent has displayed a lack of integrity, including in his testimony at trial, in attempting to distinguish his professional actions from his ‘father-daughter’ relationship.”

Christensen is therefore prohibited from any practice, including tax preparation, before the IRS for a five-year period.

Disbarred? I thought only lawyers got disbarred.

Looks like the CPA industry is more self-policing than the organized bar!

I am glad to see someone held accountable for this kind of theft. It seems all too often, there is no accountability.

Are all thieves mentally ill?

How could the Hennepin County, MN Probate Court be investigated? Is it possible to investigate actions currently in process?