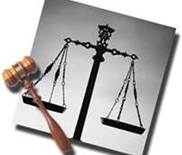 So if there is a proposal to change the way complaints against judges are handled, specifically to deny the public access to the process, who would be among those qualified to review it?

The chief justice of the state Supreme Court, of course. The head of the Judicial Standards Commission, which investigates disciplinary matters and recommends penalties, to be sure. Some past presidents of the N.C. Bar Association would be appropriate reviewers.

Sorry, you’d be wrong. Republicans in the General Assembly apparently could care less what those who are invested in the legal system for their careers think. Last year, they approved and Gov. Pat McCrory signed a change in North Carolina law that basically pulls down the curtain on disciplinary proceedings involving judges.

This is bad law courtesy in part of Republican Rep. Paul “Skip” Stam of Apex, who’s a lawyer and ought to know better. Stam declined to comment on the new law in a recent N&O report. He said at the time of its passage last August that the bill moves the authority to discipline of judges to the Supreme Court. Previously investigations involving Supreme Court members were settled by senior members of a lower court, the N.C. Court of Appeals.

“Why should we let a lower court discipline the Supreme Court? That’s why we call it ‘supreme,’ ” Stam said.

A problem with the changes is that the public cannot see the judicial discipline process until the final stage where the Supreme Court approves a punishment. And the process as it existed was fair and supported by those in the highest levels of the system. Some 30 past presidents of the state Bar Association, state Supreme Court Chief Justice Sarah Parker and the chairman of the Judicial Standards Commission, Judge John Martin, all opposed the change making the process secretive.

The North Carolina Bar Association so adamantly opposed the bill that it asked for a veto for the first time in its history.

The previous disciplinary process provided protections and confidentiality for judges who were the subject of a complaint until the standards commission determined evidence was sufficient to warrant punishment. Then the charges would be made public. That delayed disclosure was as it should be. Given the power in their positions, judges could indeed be targets of disgruntled defendants who would file baseless complaints in an attempt to damage a judge’s reputation. The system thus tried to ensure that only when a responsible oversight group determined that charges were valid would the public be able to see them.