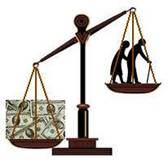 The Colorado Supreme Court on Friday temporarily suspended the law license of Boulder immigration attorney Emily Cohen. According to a press release, the suspension shall remain in effect while pending disciplinary proceedings continue against her based on allegations that she failed to perform work for which she was paid $18,000.

During Cohen’s suspension, the Office of Attorney Regulation Counsel will continue its prosecution of a separate disciplinary case against Cohen for seven other matters involving conversion of client funds. As a result of both pending cases, Cohen could face disbarment or suspension of her license to practice if the allegations are proven by clear and convincing evidence, the press release said.

Cohen also faces separate felony theft charges filed by the Boulder County District Attorney’s Office.
On Feb. 14, the Office of Attorney Regulation Counsel filed a Petition for Immediate Suspension against Cohen with the Office of the Presiding Disciplinary Judge. The petition asserted that Cohen had “converted funds from at least three clients by failing to perform work for which she was paid and failing to return substantial amounts of unearned fees.”

Under Colorado Rule of Civil Procedure 251.8, OARC may seek immediate suspension of an attorney’s license when there is reasonable cause to believe the attorney is causing immediate and substantial public or private harm and the attorney has been convicted of a serious crime, converted property or funds, abandoned clients or engaged in conduct which poses an immediate threat to the effective administration of justice.

Perhaps lawyers should not have control of their IOLTA accounts until they prove themselves to be honest.

I'm glad to see lawyers held to task. Get the bad guys out so the good guys can return the profession to a honorable profession.