The first time I saw her, she was in a nursing home for welfare cases. She was sitting in a reclining chair in a drab common area, staring into space as the smell of urine and ammonia wafted through the room.

It was a sad place to land toward the end of a long life and sadder still because it never should have happened. 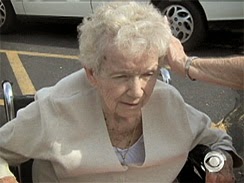 Marie Long had planned for her sunset years. Then a stroke placed her under the authority of Maricopa County's probate court, where she was protected right into the poorhouse.

After five years of fighting, Marie in December got some of her money back from the lawyers and fiduciaries charged with protecting her though not in time to make a difference in her life.
Marie died on April 22, at age 92.

"She was able to pass knowing all the hard work of others paid off – that gave her much joy," her niece, Kim Raynak, told me. "She actually did a fist pump in the air when we told her of the win."

Marie and her husband, Cliff, planned for their old age, knowing they'd be alone. Their daughter, Patsy, died of cancer at 16. Their son, Bobby, was 20 when he was killed in Vietnam. When Cliff died in 2003, he left Marie in solid financial shape.

She had $1.3 million in assets in 2005, when she suffered a stroke. After a family dispute over where she would live, Marie wound up in probate court, where lawyers and fiduciaries help vulnerable people and sometimes they help themselves, too, to a tidy pile of cash, unless a judge stops it.
Marie's judge didn't stop it and so she was paying $106 for hearing-aid batteries and $50-an-hour for someone to open her mail and $19 to reply to her request for new shoes.

By 2009, she was broke and moved to nursing home for indigents, though her family eventually was able to move her to a nicer place once her money dried up and her for-profit guardian promptly bailed.

Marie's lawyers, Jon Kitchel and Patricia Gitre, worked for free for years, trying to stop the bleeding and then to get some of her money back.

But a probate judge ruled that the attorneys and fiduciaries were justified in helping themselves to more than $1 million of Marie's money and the Supreme Court left the bulk of the judge's ruling intact.

The December settlement brought enough so that Marie would be able to live out her life comfortably. Sadly, she never got the chance to enjoy it.

She did, however, get the chance to change things. As a result of what happened to Marie, laws were changed and reforms were enacted in the hope of better protecting the Maries among us.

"We now have some of the tools that ought to help us prevent another Marie Long case," Kitchel told me. "My optimism is tempered because I know that the tools we had during Marie's case should have been enough."

Marie Long didn't get to fully enjoy her final years as she should have and that is such a shame. But the sweet old lady who spoke so softly was, at least, heard.

"I would like," she once whispered to me, "that this doesn't happen to anybody else."

NASGA's "An Open Letter to Congress and the White House 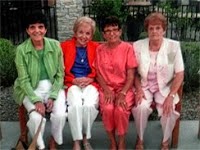 I'm sorry to hear of her passing.

My heart is broken thank you Laurie Roberts for remembering Marie Long and how she was taken advantage of losing her rights and her income and life savings to feed those who claim to be protecting her and taking care of her into indigence what a scam this is one example of many.

Beware Boomers you are next so keep saving your money invest in IRA's and 401K's stash your cash for others to enjoy.

Think you're protected by your estate planning? You better think again, get educated now, begin serious research just how fast your Durable Power of Attorney for Health Care and Property can be disregarded and trashed many times on false claims with no process to prove allegations.

God help us all rest in peace Marie I will never forget you as long as I live.

I am glad she was heard in her lifetime.

Thank you, Laurie Roberts, for believing and empathizing with her and following her story.