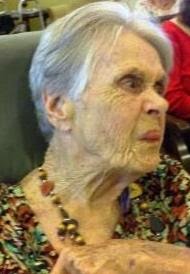 In May 2008, Larry Mills filed in Texas to become legal guardian of his then 80-year-old mother, Willie Joe Mills, who’d had a stroke. But by July 2009, Judge William McCulloch in a Harris County probate court appointed a third-party guardian who was also an attorney.

“The guardian put Mama in memory care with dementia people, then he sold her house for $86,000, cashed out $1 million in CDs and put it all in a trust before she was declared incompetent,” said Sherry Johnson, who is one of three of Mills’s adult children. “She never had a trial or due process.”

The nightmare Willie Joe Mills and her heirs experienced is part of a growing trend. Some 37% of judges, court managers and clerks who responded to a Center for Elders and the Courts survey revealed that guardianship filings have increased over the last three years and 43% noted an increase in caseloads.

In most states, it is not uncommon for the elderly to lose their individual rights around residence, medical care, assets and property once they are placed under guardianship. The consequences can be detrimental for families -- financially and in terms of the older relative's health.

Lasting Effects of the Swindle
Willie Joe Mills’s trust was reportedly billed on a quarterly basis by the guardian to pay his monthly salary to manage the elderly woman's affairs, but Johnson claims her mother’s health began failing once she was placed under care at Silverado Senior Living in Kenwood, Texas.

“She had pneumonia and urinary tract infections and the facility medical staff failed to treat her because the guardian told them not to,” said Johnson. “The guardian used a Do Not Resuscitate document my mother signed to avoid treating minor health problems that could have been arrested.”

“We are seeing financial exploitation of the elderly by court appointed third-party guardians where there is little oversight,” said Debby Valdez, president of Guardianship Reform Advocates for the Disabled and Elderly (GRADE) in San Antonio, Texas.

Money Talks
“Baby Boomers are the last generation of great wealth, so it stands to reason that things are going to get a whole lot worse and quickly,” said Elaine Renoire, president of the National Association to Stop Guardianship Abuse in Indiana.

“When APS receives reports of elder abuse, case workers go into the home to investigate and ameliorate the situation with legal, medical, psychological and social services,” said Karen Roberto, director with the Center for Gerontology at Virginia Tech.

And therein lies another potential for abuse in states where anyone can reportedly initiate a guardianship by simply placing a telephone call to the probate court.“We receive two to three phone calls a week from families whose elderly parent or family member is being forced into guardianship under the guise of protection by an APS phone call or visit,” Valdez told MainStreet.

The guardian should be removed and charged with elder abuse and the court that approved it all should be thoroughly investigated!

The title of the article says it all!

Thank you for this article and let the boomers beware that they're targeted next.

Praying for the Willie Jo Mills family and I'm very thankful to see this article. Maybe now something will be done for Mrs. Mills.

The protection industry's steady cash flow depends on people generating profits, here is one example of how the redistribution of your hard earned money and life savings adds to the exploding profits. The pattern of operation is on the national level.

This is a huge problem in Virginia.

A Virginia Beach Adult Services complaint is what caused one older lady to be dumped in a Scott Schuett adult home, in violation of a court order, for seven agonizing months.

Instead of rescuing her, the hand-picked guardian ad litem, Colleen T. Dickerson, cheerily lied to the court and assured everyone that all was well. Dickerson spent months and months trying to cheat this lady out of an attorney that the COURT HAD ORDERED she have. Dickerson even blew off a scheduled court hearing intended to rescue this lady from the Scott Schuett facility, causing yet another month of delay, danger, and serious mistreatment.

Google Scott Schuett for the appalling details on these five now-closed facilities with 379 unfortunate residents, some of whom did not leave alive.

Dr. Karen Roberto knows all about this situation because she and Dr. Pam Teaster helped develop Virginia's public guardianship program, the most important components of which are supposed to be ACCOUNTABILITY and OVERSIGHT.

Under the current leadership of the Virginia Department for Aging and Rehabilitative Services, however, that oversight has turned into a sick joke, in which two attorney staffers assiduously cover up all evidence of serious wrongdoing by Jewish Family Service of Tidewater and Catholic Charities of Eastern Virginia.

Counselors, if funding for the public guardianship program is tight, and you refuse to do your JOB and provide oversight, it seems pretty obvious that you should no longer have a JOB. Those funds, to the tune of a couple hundred thou, could be better spent on programs and personnel who ACTUALLY ASSIST THE ELDERLY AND DISABLED.

I hope this news article is picked up and spread far and wide!

My heart breaks for Willie Jo and her family.

I have seen the horrific video of Mrs. Mills suffering with her eyes pleading. It's very hard to watch and I then think about it all night.

What's been done to her and her family is criminal and I hope the guardian is held accountable.

It's all about money. Money, money, money. And who cares about Willie Joe Mills? Just her family, but they've been rendered helpless.

What a sad statement about our society.

They should be arrested and thrown in jail. They are no more than thugs.

Willie Joe Mills is considered a protected person under the Texas Estates Code on guardianship. In the State of Texas the judge becomes the ultimate guardian for the person and the estate. Willie Jo's rights were removed without a hearing or due process. In the State of Texas a certified guardian is protected by the judge who appointed them and if found to have violated their minimum standards they are then protected by the State Attorney General. Only a judge can remove this type of a guardian, not likely to happen beings that he or she appointed them in the first place. So in a nut shell, there is NO PROTECTION FOR OUR MOST VULNERABLE TEXANS,once a guardianship is created. In Texas we have all systems in place to protect our most vulnerable from their own families, swindlers, scammers, yet Texas has failed to enforce protections for the vulnerable by those who are court appointed protectors. There is a history behind all this, and the laws have been consistently changed since 2005 that has created a system of legalized abuse, neglect, exploitation, and kidnapping with no protections from anyone here in Texas. As an aging Texan my future looks like Willie Jo's, as a mother of a young adult with disabilities I fear the target $$$ she has on her head for the guardianship industry lurking for long term profits off of her government benefits. What we are seeing in guardianships today not only in Texas but all over the country is beginning to look and smell like human trafficing- when it happens in our courts, even that becomes legal.