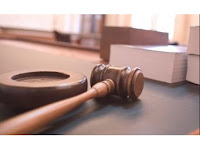 LITTLE ROCK, Ark. (CN) – An Arkansas judge has resigned from the bench and is facing a criminal investigation over claims that he exchanged judicial rulings for sexual favors and money.

Former Carroll County District Court Judge Timothy Parker denied the allegations but agreed to never serve on an Arkansas bench again after resigning Saturday, the last day of his term, as part of a negotiated resolution.

In a Dec. 31 letter of removal, the Arkansas Judicial Discipline and Disability Commission notified Parker that its investigators were prepared to charge him with judicial violations, including evidence that he “engaged in a pattern of personal relationships with many female litigants” who appeared in his court from approximately 2013 to 2016.

“The bonds or release of these women or their family or friends were done by their request in exchange for sexual favors,” the JDDC letter states. “Allegations also exist about trading cash or prescription pills for sexual favors or money with many of the same women, as well as other women in the community.”

The commission says it has video statements from over a dozen women to support the allegations, recordings of conversations he had with jailed women, and printouts of text messages between the former judge and female litigants.

Special Prosecuting Attorney Jason Barrett is reportedly investigating the evidence against Parker, who was appointed to the judgeship in 2013, to determine if charges will be filed.

According to the JDDC, Parker admitted that he improperly performed probable cause determinations, lowered bail settings, released defendants who were friends or former clients of his, and in some cases, gave rides to defendants.

“The other allegations were not litigated, as you resigned and agreed to a permanent bar from holding judicial office in this state,” the removal letter states.

Parker told the commission that his decision to resign was influenced by the effect litigation would have on his family, as well as the time and expense issues.

Parker began his career as an attorney in private practice before serving as an elected municipal court judge from 1999 to 2004.

He will no longer be eligible to serve as a judge in Arkansas.

These stories are getting to be too commonplace.