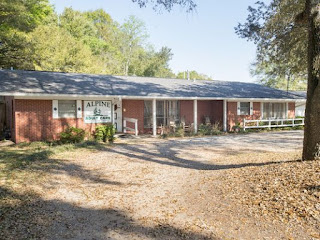 A Pensacola assisted living facility's license will be revoked after a state investigation found one negligent death, untrained staff and poor practices allegedly took place at the center.

Little Friends Learning Center, which conducts business as Alpine Adult Care Center, will be out of operation by the end of the month following a settlement agreement between the company and the Florida Agency for Health Care Administration.

On March 9, the AHCA issued an emergency moratorium on admissions to the center after a weeklong investigation into the 14-bed facility on Louisiana Drive. The case concluded May 8 when the AHCA issued a final order to revoke the center's assisted care license.

The facility was fined $50,000, though $47,000 of that will be stayed as long as the facility doesn't again operate under an assisted care license.

The order states the center can operate through May 31, but only to collect and distribute patient records and safely remove existing patients from the facility.

The settlement agreement states the facility and its director, Sue Ann Thompson, cannot apply for an assisted care license in the future. It also states that by May 31, both must surrender their licenses and show documentation that each of Alpine's patients has been relocated to another licensed facility.

Thompson and her attorney could not be reached for comment Tuesday.

The AHCA's original investigation unearthed the use of expired or improper medications, inadequate record-keeping that resulted in staff not knowing patients' end-of-life wishes and staff who had not been properly trained, according to the moratorium documents.

One patient whose case was highlighted in the documents died last year after what the AHCA suggested was negligence. The patient was in hospice-level care and was under a doctor's orders to take breathing medication four times a day, as well as an inhaler daily to help with symptoms.

The AHCA report suggests Alpine Adult Care Center staff were habitually lax with those medication requirements, and six hours before the patient's death, staff didn't administer the scheduled early-morning dosage. The patient was found unresponsive on the bathroom floor on Nov. 14, but wasn't resuscitated. Emergency responders pronounced the patient dead soon after. Three of the four Alpine staff members who responded to that patient weren't trained in resuscitation, the documents state.

The AHCA's complaint against Alpine, included with the final order, states six patients' cases were reviewed, and each one received inadequate care, largely surrounding issues of improper medication dosages or administering.

In some cases, the staff interviewed by the AHCA said they administered dosages of some medications, but didn't keep records.

Good. If bad facilities were forced out of business, the word will spread and all facilities will do better.