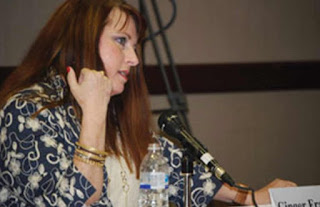 A Hendersonville woman who lost her home, car and all her belongings in a highly contested conservatorship case has died.

Ginger Franklin, 58, died Monday. Her controversial conservatorship case was one of a handful that sparked a reform effort leading to a 2012 change in Tennessee law.

Franklin also successfully sued the owner of a group home where she was placed against her will and put to work cleaning and cooking for other residents even as her bank account was being tapped for a monthly fee.

Franklin's case came to the attention of a national organization established to halt abuse by guardians and conservators.

"The system didn't just let Ginger down; it used Ginger and exploited her for its own benefit — at her expense and to her detriment, all under the deception of protection and on Judge David 'Randy' Kennedy's watch," said Elaine Renoire, head of the National Association to Stop Guardian Abuse, referring to the Davidson County probate judge who presided over Franklin's case.

Franklin ended up in a conservatorship without her knowledge in 2008 after she fell in her condo and suffered a brain injury. She was shipped to a rehab facility in another state, and when she returned to Tennessee she was told by her court-appointed conservator that her condo was empty and being sold.

She was placed in a group home and put to work.

A judge would later rule that Franklin was the victim of "egregious and intentional abuse."

Franklin's conservator was Jeanan Stuart, then the public guardian for Davidson County. Stuart was eventually forced to resign from her job after a series of articles in The Tennessean raised questions about her billing practices.

In Franklin's case, records showed that Stuart seized and then abandoned a car Franklin owned. It was subsequently seized by the garage owners and auctioned off.

Franklin made several attempts to have the conservatorship lifted but was rebuffed by Stuart and Kennedy.

She wasn't finally released from the conservatorship until 2010.

Franklin also filed suit against Stuart, charging that the attorney had violated her fiduciary duty by failing to act on her request to have the conservatorship dissolved and for mishandling her assets, including her car.

A circuit court judge denied motions by Stuart to have the case dismissed. The suit was eventually dismissed voluntarily.

Thank you for posting the articles on Ginger's passing. She must never be forgotten.

So very sad. My condolences to her family and friends.