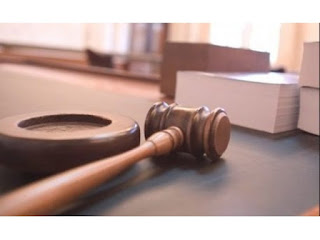 An Indianapolis lawyer suspended amid criminal charges and allegations that he stole hundreds of thousands of dollars from his clients’ special-needs trust funds has drawn a harsher rebuke from the Indiana Supreme Court for noncooperation with a disciplinary complaint against him.

Justices on Tuesday issued an order of indefinite suspension against Kenneth Shane Service. The Supreme Court in June temporarily suspended Service from the practice of law after he was charged in Lawrence County with Level 5 felony theft of more than $50,000. He is accused in that case of stealing at least $85,000 from two Bedford-area clients’ special-needs trusts.

But law enforcement investigators and attorneys who intervened in other cases to remove Service as a trustee say that’s only a fraction of the money missing from trusts he established.  A state police investigator told the Indiana Lawyer last month he was aware of as many as 17 potential cases where money may be missing from special-needs trusts Service opened in Indiana, Florida and West Virginia. A Fort Wayne attorney who intervened to remove Service as a trustee in five northern Indiana cases said well over $200,000 is missing from those trusts.

Separately, Service was at the center of a civil case argued last month before the 7th Circuit Court of Appeals. The estate of a Missouri woman appealed a ruling in favor of the Carmel-based foundation Service established, the National Foundation for Special Needs Integrity, Inc. The estate argued trust documents Service created for the foundation were intended, by Service’s own admission, to be confusing. Those documents formed the basis for the foundation to take the remainder of Theresa A. Givens’ trust after her death in 2011 — at least $220,000 — in 2013 and 2014. Service was booted from the foundation in 2014, and the 7th Circuit has yet to rule in this case.

In its order Tuesday, the court wrote Service had not responded and failed to cooperate with the Supreme Court Disciplinary Commission’s investigation of two grievances filed against him. Service also was ordered to reimburse the commission $513.12 for costs of prosecuting one of the grievances.

Meanwhile, a pretrial conference in Service’s criminal case in Lawrence Superior Court 1 is scheduled for Nov. 13.

I hope this is just the first step against this guy. He needs to go to jail and spend many years there.