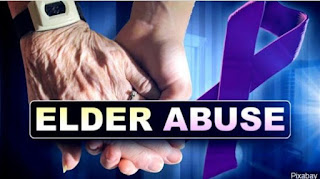 TOPEKA, Kan. (WIBW) - The Kansas Attorney General, along with the Johnson and Sedgwick County DA's, announced they plan to ask the Kansas Legislature to strengthen the state's laws against elder abuse.

“As the population of senior citizens in Kansas continues to increase, we need to update our laws,” Schmidt said. “It is important that our prosecutors have tools available to them to successfully prosecute those who take advantage of or abuse Kansas seniors.”

“This legislative proposal will strengthen our ability to protect some of the most vulnerable members of our community and hold their abusers accountable,” Howe said.

“Sedgwick County was pleased to contribute to this important legislation that will serve to enhance the safety of Kansas seniors,” Bennett said.

Let's hope that any new legislation DOES include guardian abuse. In my opinion bad guardians are getting away with elder abuse that would send an ordinary person to jail.