From Whistle-Blower To Elder Champion 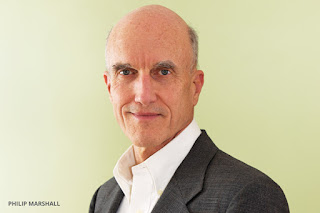 Brooke Astor, the New York philanthropist, socialite and writer, wanted to leave her family fortune to charity as her legacy. She did that. But she has also touched the lives of many elderly people through the work of her grandson, Philip Marshall.

Marshall is using his experience in protecting his grandmother from abuse to help lead a crusade to protect all older people from financial exploitation, abuse and neglect. To do that, Marshall first had to confront his own father, Anthony Marshall, Brooke Astor’s son.

Thanks to Philip, who prompted one of the most well-known court cases involving elder financial abuse in U.S. history, Brooke Astor will go down not only as a patron of the arts and a philanthropist, but as a lead player in the fight for elder justice. That fight, which began on a very personal level, now has Marshall spearheading a movement more national in scope as he fights to protect vulnerable elderly people. And he says financial advisors and institutions like banks have a crucial and lead role to play in that fight.

Patrick T. Harker, president and chief executive officer of the Federal Reserve Bank of Philadelphia, says financial exploitation of older Americans affects families, society and the overall economy. As the population ages and more retirees rely on their own personal savings and investments, elder fraud has the potential of becoming a full-blown national crisis.

Part of the problem with tackling elder financial abuse is that the size of the problem is not even known, Harker says. Also, many questions remain about how the brain ages and who is susceptible to cognitive decline. Estimates of the cost of financial abuse range from $3 billion a year to $36 billion, he says, and even those figures don’t take the social costs into account.

One of the major causes of cognitive decline is Alzheimer’s disease. Approximately 5 million Americans have the disease today, a figure that is expected to rise to 14 million by 2050, according to Patricia Boyle, a researcher at the Rush University Medical Center. Financial decision-making is often one of the first areas impacted by cognitive decline, she says.

Cognitive decline and elder financial exploitation and abuse are also issues that have to be addressed by financial regulators and the financial industry, as well as the medical, social and legal industries.

Philip Marshall, who is now 64 and lives in South Dartmouth, Mass., will relate his grandmother’s story to almost anyone if he thinks it will help the cause, and he recently told the story to Financial Advisor magazine.

He has been at it long enough that he talks in sound bites, but he is never glib. This is serious to him and to a growing number of other people.  (Click to Continue)

See Also:
Too Sick for Court?

Brooke Astor heir Anthony Marshall leaves sons out of his will; millions will go to second wife and her children

I respect Philip Marshall for what he did for his grandmother. It took guts.