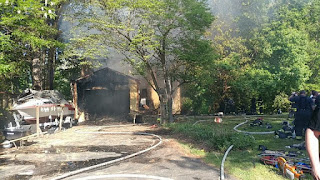 Leonardtown, MD- On Monday, May 14, the mother of arson suspect Nicholas Nowotny, 27, appeared before Judge David W. Densford, requesting an emergency guardianship of her son.

Nowotny is suspected of setting fire to his father’s home on Wednesday, May 9, on Peninsular Drive in Hollywood. The two-story home was completely destroyed by the blaze.

Shortly after the fire started, police say Nowotny fled the scene and crashed into a tree while speeding along Jones Wharf Road. Nowotny suffered only minor injuries but remains hospitalized at MedStar St. Mary’s.

TheBayNet.com was the only publication in court when Nowotny’s mother, Pamela Raymond, explained to Densford why she needed the emergency order. She said despite her possession of an advanced mental health directive, the hospital would not allow her to make decisions on behalf of her son.

Raymond’s ex-husband and Nowotny’s father, Michael, and her current husband were also in court and told the judge they supported her attempt for emergency guardianship.

In 2011, at the age of 20, Nowotny was diagnosed with schizophrenia and had been hospitalized at Sheppard Pratt, a mental health treatment facility in Baltimore. Nowotny was treated and prescribed medicine to help with psychosis and sleep disorders.

On the morning of the fire, Nowotny attended his classes at the College of Southern Maryland, as usual. No one knows what went wrong during the afternoon of May 9 or what may have caused a breakdown. Raymond testified that Nowotny is remorseful but knows he is unstable and needs long-term, in-patient care.

“I don’t believe Nick can be on his own. He wants someone to stay with him,” Raymond told Densford.

Nowotny’s attorney, James Tanavage, said Nowotny also agreed to the guardianship request. Raymond said she planned to have Nowotny admitted to Sheppard Pratt—even if she had to do so through the walk-in clinic.

Michael Nowotny spoke briefly with TheBayNet.com in court and expressed concern for his son. He also said his neighborhood has come out in full support for the family. “I don’t know if I’d be here without their help.”

Just two hours after this hearing concluded, the State Fire Marshal arrested Nowotny and charged him with first-degree arson. 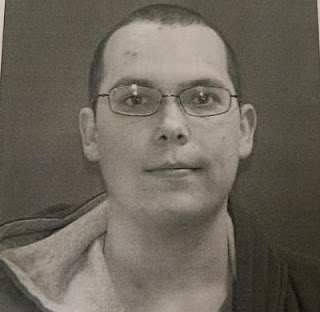 ST. MARY'S COUNTY, MD (May 14, 2018)  - A Deputy State Fire Marshal has arrested a  Hollywood man who intentionally set fire to a two-story single family dwelling in Hollywood.  The residence is owned by Michael Nowotny.

On May 9, 2018, at approximately 4:47 pm, approximately 50 firefighters from Hollywood Volunteer Fire Department responded to a one-alarm fire located at 26442 Peninsular Drive that caused approximately $350,000 in damages.  Mr. Nowotny was also Emergency Petitioned the same night of the fire by the Maryland State Fire Marshal's Office.

As a result of the investigation by the Maryland State Fire Marshal's Office, it was determined that Nicholas Everett Nowotny (7/27/1990) of the same address intentionally set fire to his father's residence. Mr. Nowotny was charged with Arson 1st Degree. He was transported from MedStar St. Mary's Hospital to the St. Mary's County Detention Center at approximately 1:48 p.m without incident.

Very sad and I can imagine how the family is suffering.

This is very sad.