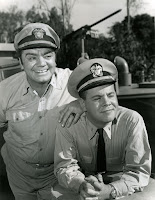 A Los Angeles judge Friday denied a petition by a daughter of 84-year-old Tim Conway to be appointed as her father’s conservator, finding that the woman’s concerns about her stepmother’s medical decisions regarding the actor/comedian are moot for now because he has been hospitalized since Sept. 3.

But Los Angeles Superior Court Judge Robert Wada said his decision was “without prejudice,” meaning Kelly Conway could renew her conservatorship bid in the future if the circumstances warrant.

Wada also discharged a temporary restraining order that prevented Conway’s wife, Charlene, from moving Conway to a new residence prior to his hospitalization. He said the entertainer’s current status as a hospital patient makes such an order unnecessary.

Arguing against granting Kelly Conway’s petition, Charlene Conway’s attorney, Jeffrey Forer, told Wada that Conway had brain surgery Thursday at Cedars-Sinai Medical Center and that all medical decisions are being made by Conway’s doctors.

Conway’s court-appointed lawyer, Michael Harris, said that while he believes both Kelly and Charlene Conway have Conway’s best interests at heart, he also saw no need for a temporary conservatorship at this time. Harris has stated in his court papers that Conway suffers from “fluid on the brain” and is unable to communicate.

Kelly Conway’s lawyer, Troy Martin, declined to comment after the hearing. In court, he said that his client wants to see her father, once he is discharged from the hospital, to be returned to a care facility where he was living. He said the filing of the temporary conservatorship petition stopped any plans Charlene Conway may have had to move him elsewhere.

Martin also said there is clear evidence that some of the medication Conway received before being hospitalized made it hard for him to walk, talk, swallow and eat.

“He only gets better when he is taken off those medications,” Martin told the judge.

Kelly Conway maintains her father was happy at the care facility where he was living, where Conway had a private room and received 24-hour care. She argued in her court papers that moving him would be “harmful to his health and life.”

But Charlene Conway — who has been married since 1984 — denied in court papers that she has any plans to move her husband. She claims Kelly Conway’s request to be named conservator was based on a shoddy medical report based on conjecture and fabrications.

Conway was a performer on “The Steve Allen Plymouth Hour” in the 1950s before landing a role on the comedy series “McHale’s Navy.” But he shot to fame with his work on “The Carol Burnett Show,” with his comic antics often causing on-screen bouts of laughter by co-star Harvey Korman.

In addition to Kelly, Conway and his first wife Mary Anne Dalton had five other children. They divorced in 1978.

Finally a victory in these celebrity cases. Hooray!

Tim Conway married his current wife for a reason. And the daughter needs to help her, not go against her. I hope he fully recovers and then sits the daughter down and explains life to her.