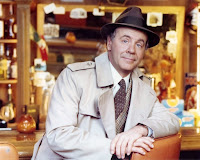 A Los Angeles judge issued an order Friday preventing ailing actor/comedian Tim Conway from being moved to a different medical facility amid a growing dispute between his wife and daughter over his care.

Los Angeles Superior Court Judge Robert Wada did not immediately rule on a request by Conway’s daughter, Kelly, to be appointed as her father’s conservator. She has argued in court papers that the actor best known for his work on “The Carol Burnett Show” suffers from dementia and is completely unresponsive.

She expressed concern in court papers obtained by the website The Blast that Conway’s wife, Charlene, was planning to move him out of his existing care facility, where he has a private room and receives around-the-clock care. She argued that such a move would be “harmful to his health and life,” according to the court papers.

But Charlene Conway — who married Tim Conway in 1984 — denied in court papers that she has any plans to move her husband. She claims Kelly Conway’s request to be named conservator was based on a shoddy medical report based on “conjecture” and fabrications.

Attorney Michael Harris, who was appointed to protect Conway’s interests in the dispute, wrote in a court filing that he spoke to Charlene Conway, who also told him she had no intention of moving the 84-year-old actor, according to papers cited by The Blast and People magazine.

“Her concern now is for Mr. Conway to receive proper physical therapy so that he can better improve neurologically,” Harris wrote in his court papers. “It is my present belief that Mrs. Conway, my client’s wife, is an adequate and appropriate steward of her husband’s well-being and that her motives regarding Mr. Conway are in his best interest.”

Harris wrote that Conway suffers from “fluid on the brain” and is unable to communicate.

Wada scheduled another hearing in the matter for Sept. 7. But he ordered that “Mr. Conway’s residence shall not change pending the next hearing.”

Kelly Conway issued a statement after the hearing praising the decision.

“We are grateful to the judge for taking this matter seriously by considering all the evidence before making a decision,” she said. “We appreciate the overwhelming support and love we have received from my dad’s friends and fans.”

Questions about Conway’s health and his care prompted comedian and television legend Bob Newhart and his wife, Ginnie, to issue a statement on social media last week, saying, “We have been friends with Charlene and Tim for many years and want to assure you that he (Conway) is receiving the most devoted care.”

Conway was a performer on “The Steve Allen Plymouth Hour” in the 1950s before landing a role on the comedy series “McHale’s Navy.” But he shot to fame with his work on “The Carol Burnett Show,” with his comic antics often causing on-screen bouts of laughter by co-star Harvey Korman.

In addition to Kelly, Conway and his first wife Mary Anne Dalton had five other children. They divorced in 1978.

Good God, can't someone get this family to sit down and mediate?